Home National Look out down below: Trump approval set to break new record low
Progressive journalism is under attack. Please help us fight back!
DONATE 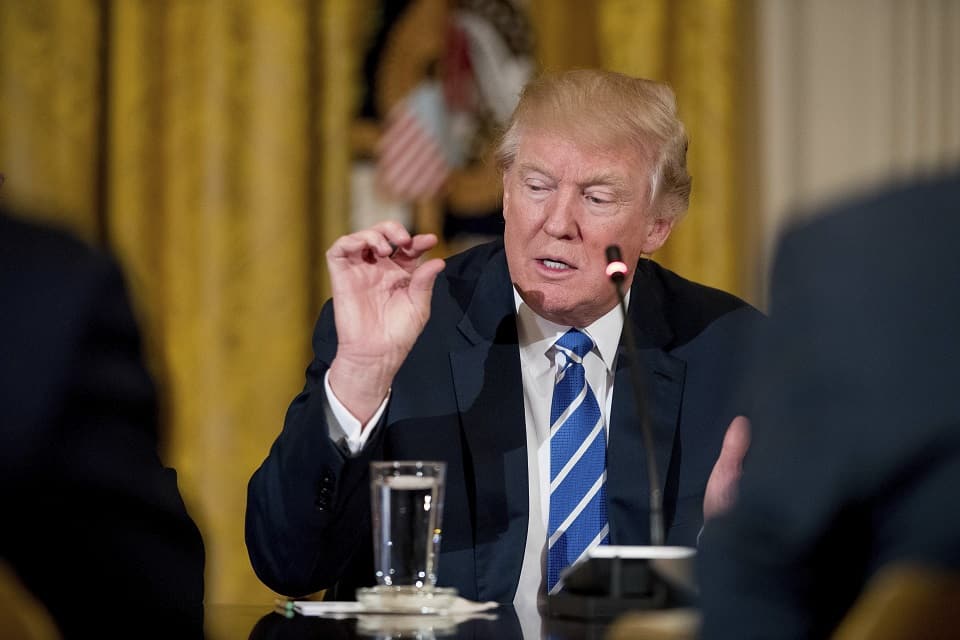 Donald Trump has been breaking records for unpopularity since before he took office, but this week's politically disastrous CBO report on the Republican repeal plan is set to plunge Trump's approval ratings into record depths.

The political high point of Donald Trump's 54 days in office was the brief glow of unearned praise from his address to Congress.

But that moment failed to gain him any improvement in his dismal approval rating. And now, Trump is poised to break his own record low.

As you can see, Trump dipped to 38 percent approval in mid-February, his personal low (and already a record for new presidents). But Gallup's approval rating is based on a 3-day rolling average, which means that the 39 percent figure only includes one day in which the public knew about the Congressional Budget Office's report on Trump's repeal plan, which will throw 24 million people off of their health insurance.

By the end of this week, Trump could be looking back fondly on the days when his approval rating was as high as 38 percent.

And there is still plenty of room for Trump to fall, since only 27 percent of voting-age Americans voted for Trump. With 46 days to go until he reaches the 100-day milestone, he has a steep hill to climb in order to avoid being the most unpopular 100-day president in the history of polling:

Trump has never had a legitimate claim to a mandate, but with approval this low, even Republican lawmakers most ready to toe the party line will eventually be forced to rethink their support for Trump, and the reckless agenda he is trying to force through.