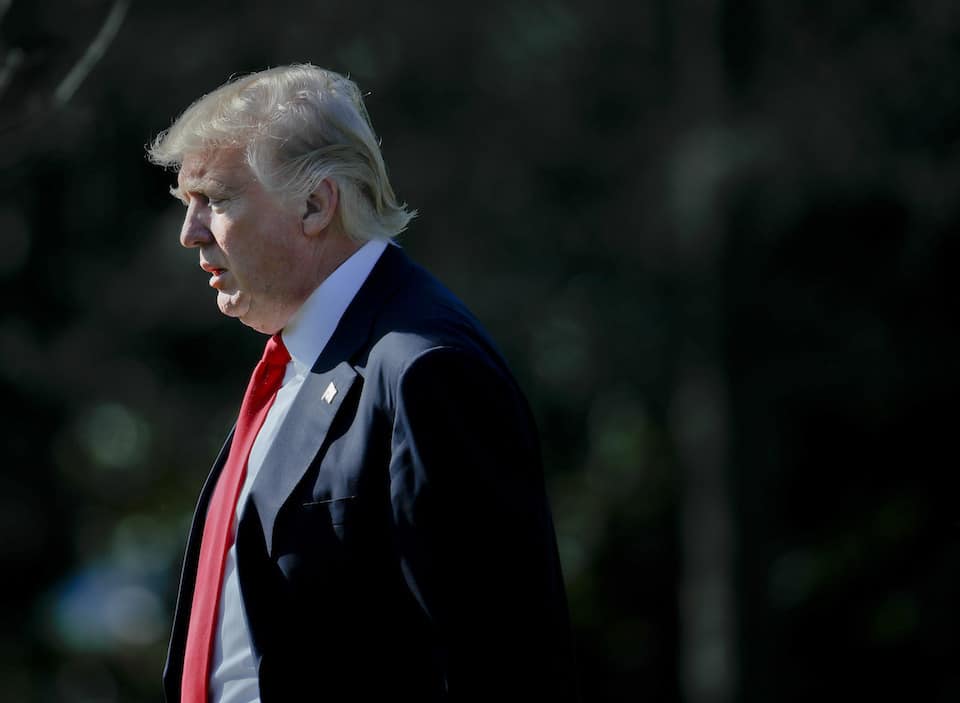 Donald Trump's approval ratings have hit another new low in the Gallup poll, as the walls continue to close in on his failing and corrupt presidency.

Donald Trump’s basement-level approval rating in Gallup’s latest poll is 34 percent — his lowest rating yet. Meanwhile, his disapproval rating is at an all-time high of 61 percent.

The poor marks come as Trump has been widely condemned for his lackluster response to racial terrorism in Charlottesville, Virginia.

Trump's administration — as well as his family — is also the subject of multiple investigations involving collusion between his presidential campaign and Russia, including an investigation by special counsel Robert Mueller after Trump purged FBI Director James Comey.

Trump entered the presidency with the lowest support in recent history, a full 25 percent below his predecessor, President Barack Obama. At the same point in his presidency, Obama's approval rating was at 54 percent.

Trump had his previous low from Gallup at the end of March, with only 35 percent approval. And he had the lowest approval rating over the first full quarter of his presidency, well below any other president in the modern era. There doesn’t seem to be a floor on how low he can go.

Trump's poor polling has also hurt his legislative agenda, which has run aground. His effort to repeal Obamacare failed in the Senate, and polls show massive opposition to the effort to cut Medicaid and throw millions off of health insurance.

Other polls show erosion of support for Trump, as an increasing number of Americans believe he can’t be trusted to live up to his promises.

The decision to launch airstrikes at Syrian targets did nothing to increase his ratings, perhaps a sign that voters didn’t buy his cover story for engaging in military combat. His chaotic bluster on North Korea certainly is not helping to ease concerns about his leadership.

Trump is unpopular, his agenda is widely hated, and his tyrannical actions are driving him lower and lower in the minds of the voters. Which may be one reason why he is throwing tantrums on Twitter, but that will not work to distract the American people from the truth: His presidency is a disaster, and his time in office may well be up soon.