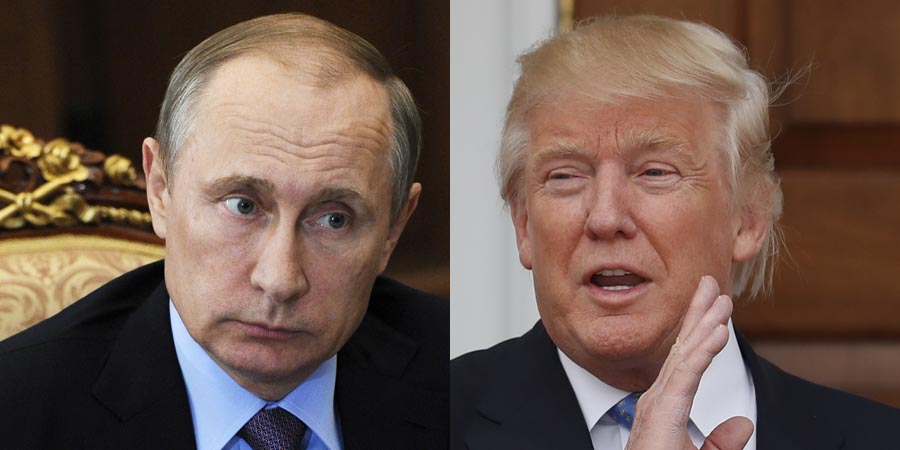 (AP Images: Mikhail Klimentyev | Carolyn Kaster)
Get The American Independent in your inbox

Donald Trump can keep claiming that the scandals surrounding his ties to Russia are just "fake news," but the majority of Americans disagree. And they are quite concerned about it.

Donald Trump's Russia problems are not going away, no matter how furiously he tweets about it.

A new poll from Quinnipiac University, filled with bad news on top of more bad news for the president, shows just how big his Russia problems are. A huge majority — 68 percent — are either "very" or "somewhat" concerned about Trump's relationship with Russia. A majority also believes Trump did something either "illegal" or "unethical" in his relationship with Russia.

And that's not all.

More than half of voters think Trump is "too friendly" to Russia. That could be attributed to any number of things Trump has said and done, as a candidate and as president. Trump has repeatedly praised Russian President Vladimir Putin, while offending and alienating America's closest allies.

And it was recently reported that his administration is seeking to lift sanctions imposed on Russia for its attempts to interfere in our presidential election.

When it comes to approval numbers for Trump, the news only gets worse. His job approval is now at 34 percent, which is "a new low," according to Quinnipiac.

The bottom line, according to Quinnipiac's Tim Malloy?

"There is zero good news for President Donald Trump in this survey," Malloy says, "just a continual slide into a chasm of doubt about his policies and his very fitness to serve."

Unfortunately for Trump, there is nothing fake about that news.