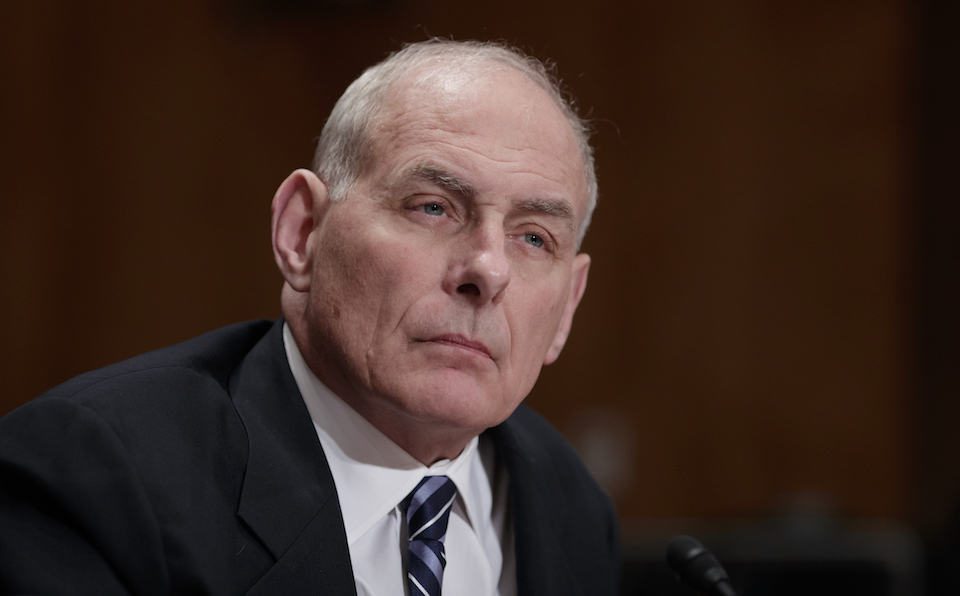 Even his fellow Marines are turning on him.

As much as Trump's botched response to the White House domestic abuse scandal has hurt him, it has been even more damaging to the reputation of chief of staff John Kelly.

Since his hiring last year, Kelly has enjoyed an undeserved image as a moderating influence on Trump, and has traded on his military service to avoid criticism. But Kelly's despicable and duplicitous behavior in the Rob Porter scandal has one-time allies deserting him, including his fellow Marines.

On Tuesday night, retired 21-year Marine veteran Shawn Turner told CNN's Don Lemon that Kelly should resign, and that Marines he speaks to agree with him.

Turner said that during Kelly's 40-year-plus career as a Marine, "he had a reputation at a strong leader," but that "for a long time, Marines have been watching him in this position, and as we watch him, we have had to tie ourselves in knots trying to understand some of the decisions that he's made, and some of the behavior that he's exhibited."

"There is an expectation, among his fellow Marines, that he is going to uphold those values," Turner said. "From the attack on the Florida congresswoman that turned out to be completely erroneous, to the unsavory comments that he made about DACA recipients, to this most recent incident where there is a truth that Gen. Kelly knows that he has not shared with us, it's just gotten to a point where I think it's in the best interests of not only the country, but of John Kelly and the Marine Corps, for him to go ahead and step aside."

Even in calling for Kelly's resignation, Turner is being kind. Kelly wasn't just "erroneous" in his attacks on Rep. Frederica Wilson (D-FL). He told a breathtaking 20 lies in four minutes — including the invention of children who did not exist — in order to cover for Trump's horrendous treatment of a fallen soldier and his widow. Then he refused to apologize.

Kelly's comments about Dreamers weren't just "unsavory," they were flat-out racist, and Trump's White House stood by them. Kelly also has the distinction of prompting White House reporter April Ryan to ask whether the Trump administration believes that slavery was wrong.

And Kelly's conduct with regard to the disgraced former White House aide whose ex-wives have accused him of abuse has been despicable from beginning to end. Kelly covered for Porter for months, openly supported him even after the domestic abuse allegations were made public, and even lobbied Porter to stay on the job.

Turner's plea comes amid a swirl of reports that Kelly may soon be out of a job, but if history is any indication, it is unlikely that Kelly will use the occasion to do the right thing and admit he was wrong.