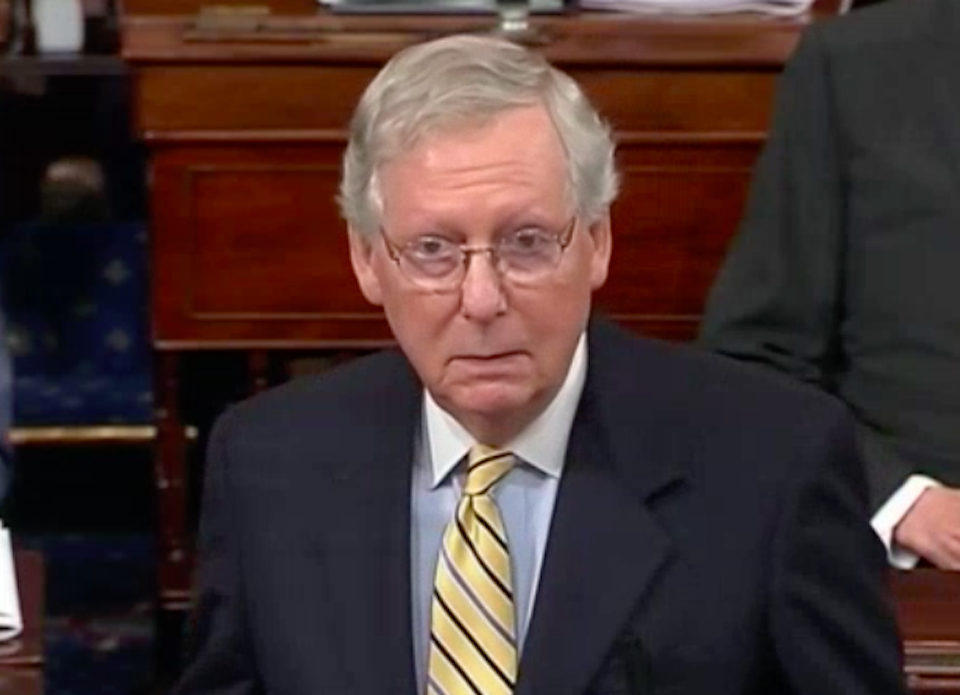 Protesters inside and outside of the Senate chanted "Kill the bill!" to make it clear they do not support the GOP plan to destroy health care.

Senate Majority Leader Mitch McConnell (R-KY) was interrupted by protesters in the Senate gallery as he began the process to consider the Republican Party's unpopular and destructive health care repeal bill.

The protesters repeatedly chanted "kill the bill," "don't kill us" and "shame," prompting a call for the sergeant-at-arms to come in and remove them from the building. McConnell had to stop before initiating the procedural vote, due to the intensity and volume of the protest.

Protesters chant “Kill the bill! Don’t kill us!” in the Senate gallery as Senate votes on motion to proceed on health care pic.twitter.com/G4AvutgyfA

Capitol Hill police also told reporters that they could not record videos or take photos of the process as it occurred, in at least one instance deleting the video taken by Daily Beast reporter Andrew Desiderio.

Capitol Police made me delete the video I recorded. https://t.co/NQH2fLFYiO

The press was also blocked from parts of the Senate side of the Capitol due to the protest.

Press blocked from going to the Senate side of the Capitol because of protesters (?) pic.twitter.com/Ifvqy6dZyD

Protesters from all over the country also loudly chanted against the bill in the Hart Senate office building, including physicians, disabled people and Medicaid enrollees.

Part of line of the ~200 physicians, activists, Medicaid enrollees entering the Capitol rn over TrumpCare.

Groups of Senate staffers watching from every floor pic.twitter.com/yL48dzizeO

The Republican health care bill is enormously unpopular, and would strip health insurance coverage from over 20 million people, while cutting Medicaid by over $700 billion. It is completely supported by the Republican leadership, including Donald Trump, McConnell, and Speaker Paul Ryan.

McConnell struggled to get enough votes to proceed on the vote, even from his own party. Vice President Mike Pence was required to cast the tie-breaking vote to continue on to debate.

No Democrats support it.