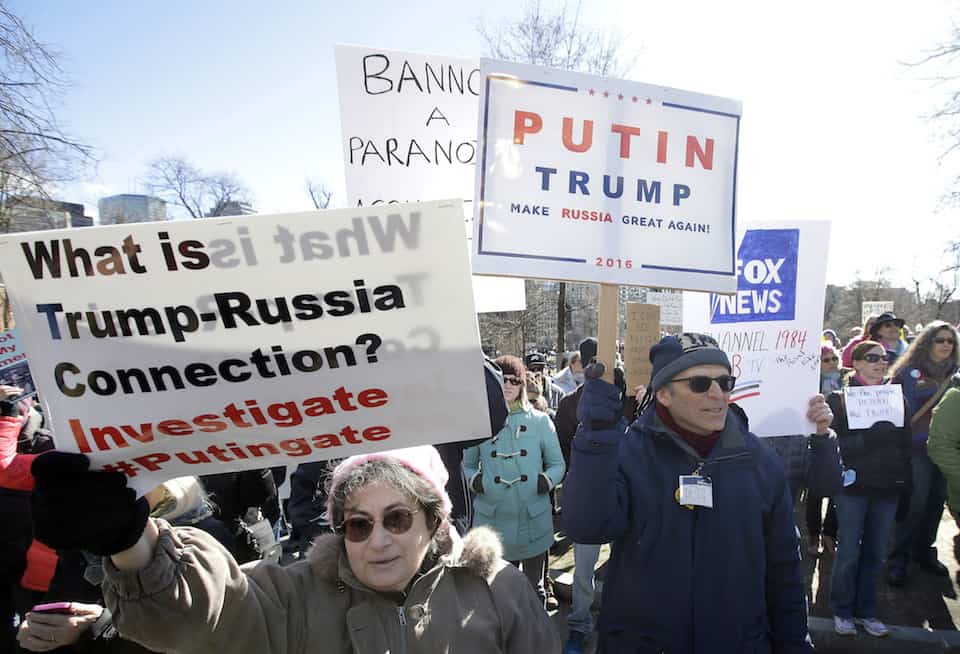 On June 3, in 140 cities across the nation — double the number from just two weeks ago — Americans will march to demand answers about Donald Trump's ties to Russia.

Breaking out of "red" and "blue" boxes, the March for Truth movement continues to grow across the nation.

On June 3rd, Americans from more than 40 states will take to the streets to demand answers about the possibility of collusion between Donald Trump and the Russian government during the 2016 presidential election.

Marches are now scheduled in approximately 140 cities, both within the United States and abroad — a number that has more than doubled from two weeks ago, reflecting a groundswell of grassroots interest.

Though many of the groups involved in the organization of the marches are on the left side of the political spectrum, the nature of the demands is non-partisan, focused on national security and sovereignty. In communications with Shareblue, one of the national organizers for March for Truth, Jordan Uhl, emphasized the non-partisan nature of the effort:

The March for Truth transcends partisan politics. This isn't about a political party winning or losing. Transparency, honesty and accountability in government aren't partisan issues. So we welcome support from people of all political affiliations.

Seeking to convey the urgency of the issue, the demonstrations will call for the establishment of a non-partisan, independent commission with subpoena powers to fully investigate Russian interference in the election and coordination between Trump and his associates and the Russian government,

With the White House now refusing to answer any questions about Trump's ties to Russia and related investigations, the public's role in keeping the pressure on is more important than ever.

In the words of Linda Sarsour, one of the organizers of the massively successful post-inauguration Women's Marches and a national organizer with March for Truth, "Women's March organizers in states across the nation are joining the March For Truth to protect the foundation of our democracy."

If the Trump team coordinated with a hostile power to subvert the will of the American electorate, the American people deserve — and will demand — to know. The very legitimacy of our elected government is at stake, now and in the future.