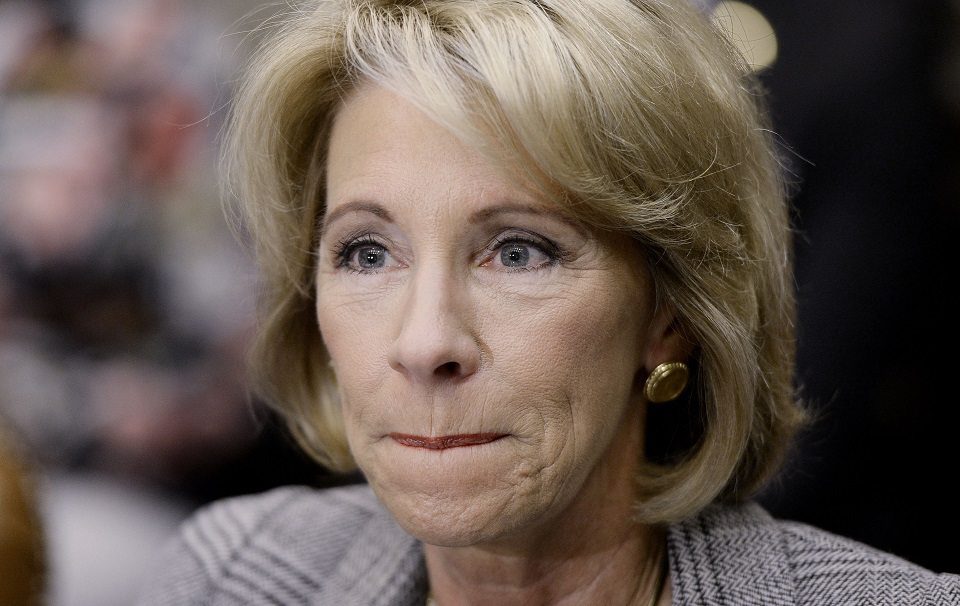 Trump Secretary of Education Betsy DeVos' commencement address to Bethune-Cookman University got off to a rocky start, as DeVos was forced to raise her voice to a yell in order to be heard over the jeering. From there, it only got worse for her.

Trump Secretary of Education Betsy DeVos already faced stiff opposition to her confirmation over her lack of competence and opposition to public education, and sparked even greater outrage when she remarked that Historically Black Colleges and Universities (HBCUs) were a great example of "school choice."

Combined with Donald Trump's recent attack on the constitutionality of federal funding for HBCUs and his exploitation of the institutions for PR purposes, those factors set DeVos up for a rough time as commencement speaker for Bethune-Cookman University, an HBCU in Florida. Students began jeering even as her honorary degree was being announced, and by the time DeVos began to speak, she practically had to shout over the din:

DeVos' speech had to be interrupted to warn students that their degrees would be mailed to them if they persisted. They persisted:

Holy cow, #bethunecookman dean interrupts DeVos speech, threatens students "your degrees will be mailed to you!" They persist! pic.twitter.com/nkcqZrbXJ0

DeVos may be under the media's radar because of the James Comey firing, but her incompetence, ignorance, and indifference to public education did not go unnoticed by the students at Bethune-Cookman, who vocally resisted honoring her.