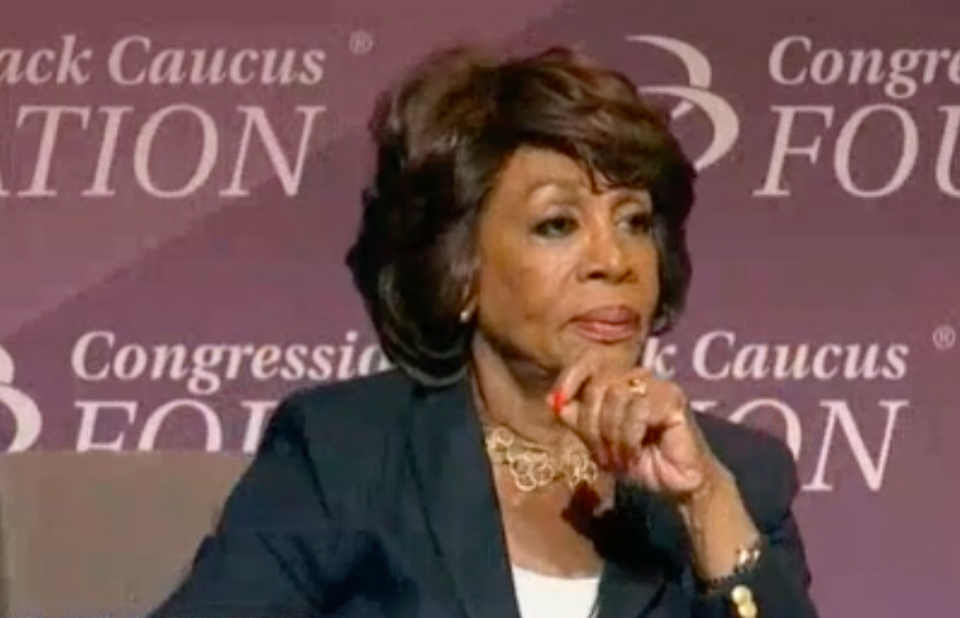 Rep. Maxine Waters got an enthusiastic response at a Congressional Black Caucus town hall event, when she highlighted the need to impeach Donald Trump for his collusion with Russian operatives and the ongoing cover-up of his deceit.

California Democratic Rep. Maxine Waters showed once again why she is an inspirational figure for resistance to Donald Trump when she issued a rallying call for his impeachment at a recent Congressional Black Caucus Town Hall on Civil Rights.

Waters implored the black community to stand up strong in opposition to Trump and his behavior since taking the presidency, noting that he "is in collusion with the Russians to undermine our democracy," that he "obstructed justice," and that he "lies every day."

She explained that, despite naysayers who have been timid about holding Trump accountable, "There is no law that dictates impeachment." She pointed out that the Constitution says "high crimes and misdemeanors" are impeachable offenses, and that she and other members of Congress are the ones who determine what meets that bar.

"Impeachment is about whatever the Congress says it is."

In response, the audience gave Waters a resounding round of applause, rising to their feet and cheering her on.

WATERS: Don't come here and tell me, 'Maxine, you keep on doing what you do.' Maxine gonna keep on doing what you do, but when you gonna give me some support? [applause] How many of you in your organizations have said, 'Impeach 45'? Oh, no! Don't understand — 'Well, they don't have what it takes, they don't have the laws yet.' Impeachment is about whatever the Congress says it is. There is no law that dictates impeachment. What the Constitution says is "high crimes and misdemeanors," and we define that.

Thank God that the special counsel is beginning to connect the dots — and understand Facebook's role in it, social media's role in it. When is the black community going to say, ‘Yeah, impeach him’? It's time to go after him. I don't hear you!

Don't another person come up to me and say, ‘You go, girl.' No, you go! [applause and cheers]

Waters has been a steadfast defender of American values as Trump has tried to pervert and subvert them to conservative desires and his own personal greed.

She has repeatedly made the case for his impeachment by highlighting the ways in which he is violating American laws and rules and norms.

Waters has also laid out how Republicans have been complicit in allowing Trump run roughshod over the Constitution and civil rights.

For doing so, conservatives and their propaganda outlets have repeatedly attacked her, trying to silence her voice as she breaks through the clutter and reaches out to an ever-growing patriotism from coast to coast.

Her latest comments prove their attacks haven't worked. If anything, she is more fired up and ready to go than ever — and so was the audience.