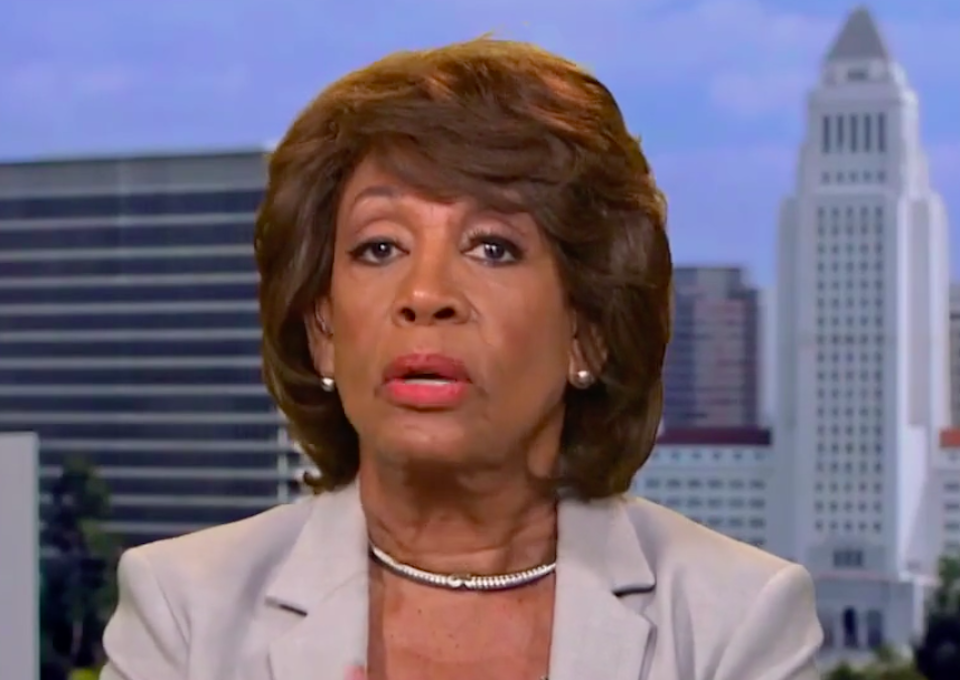 Rep. Maxine Waters was onto Donald Trump from the very beginning. And his inept and weak response to the bigotry-driven violence in Virginia proves she was right.

She has consistently called him out as a danger to the country, someone who needed to be stopped before he unleashed serious harm.

And his words and actions — or lack thereof — in the wake of the horrific white supremacist riot in Charlottesville, Virginia, add further proof that Waters was right all along about his character.

"The way that he walked away from the press conference" after refusing to name the KKK and other instigators of the riot "really told you where he stood and what he was thinking," she noted.

But it was no surprise to anyone paying attention.

"I've always known that he was dogwhistling to a certain element in our society," Waters declared.

I never thought that this was a man who should be president of the United States of America. And I've always known that he was dogwhistling to a certain element in our society. So I was not surprised at all that he did not condemn the white supremacists, or any of those, the KKK, when he made his first statement. The way that he walked away from the press conference when he made the original statement, when he refused to name them, really told you where he stood and what he was thinking. So now that he's been pressured after, what, almost three days by both Republicans and Democrats, he is reading a statement that has been prepared for him, and his advisers have told him, 'Wait, this is very serious, you're being condemned, you're being criticized by both sides of the aisle. You've got to say something.' So they convinced him to come out, but it's not in his heart. It's not in his heart and you could see that.

As she noted, it took an appalling amount of time for Trump to finally, begrudgingly call out neo-Nazis and the KKK, even as many other politicians, including some in his own party, did so well before him.

The fact that the so-called "alt-right" was pleased with Trump's initial statement was really all anyone needed to know.

And that Trump characteristically lashed out at the media, complete with a "fake news" snipe, after being forced to go further in his condemnations — which he himself made clear he did only because of pressure — added more proof that calling out this kind of bigotry was hardly important to him.

All of this just confirms that Waters' calls for his impeachment and declarations of his unfitness for office were right on target, and she is only more sure that his presidency is a failure, and a dangerous one.

To those who thought that Trump "would become presidential at some point, that he would be transformed, that he would transition into the presidency," Waters has one clear answer:

"It's never going to happen."

There are those who think — who thought at one time that this president would become presidential at some point, that he would be transformed, that he would transition into the presidency. It's never going to happen. This is a dishonorable human being who does not deserve to be president of the United States of America, and everyone should join with me in wanting to impeach him. He does not deserve to represent us. Not only is he putting this whole country in danger, undermining our democracy, but our allies are thinking less of us now across the world. And so I have no hope for him. I don't believe that he will ever be the kind of honorable human being with good values that will be working on behalf of all of the people. I think he will continue to go after that small constituency of people who are haters, people who are racists, people who do not believe that others have a role and should participate in this democracy in the way that they should. So I have no hopes for him, and I would not like to see him continue in this presidency.

Trump has made it clear which groups he sides with in this situation, and it is not with the majority of the American people.

Perhaps that is one reason why the vast majority of the country utterly despises him.

As Waters says, Trump has not, and surely will never, "become presidential." If he didn't do so after a horrific, tragic occurrence like Charlottesville, it is exceedingly difficult to imagine that he ever will — or even wants to.