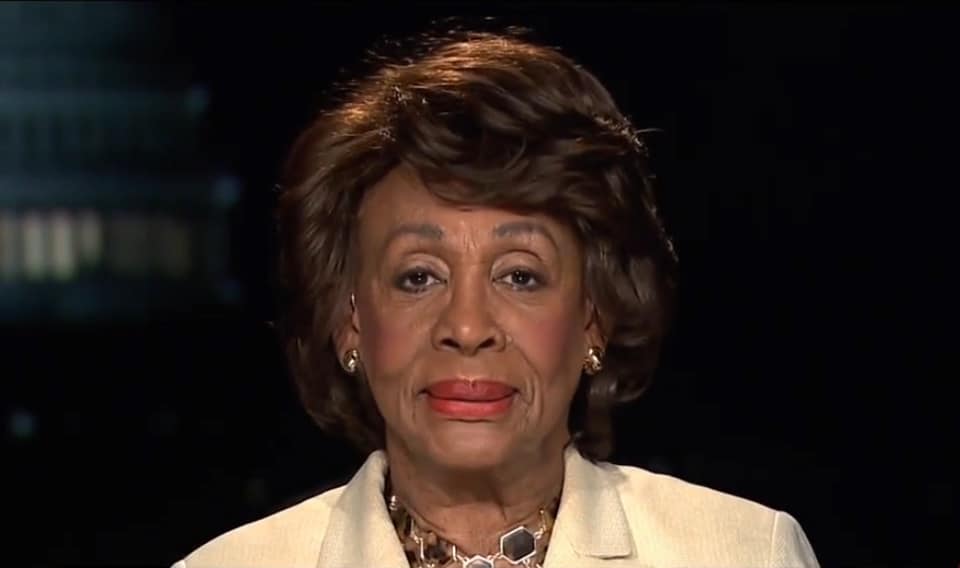 During an appearance on Fox and Friends Tuesday, Bill O'Reilly launched a despicable, racist attack on one of Donald Trump's biggest critics, Rep. Maxine Waters (D-CA), and later, she gave it right back to him and every other right-wing critic who tries to silence her.

Rep. Maxine Waters (D-CA) is a force of nature. And she is unafraid. Whether she is facing down an "indecent" president or a conservative talk show host's racist comments at her expense, she is unbowed.

And she declared to Chris Hayes, “I’m a strong black woman, and I cannot be intimidated.”

HAYES: Congresswoman, it was that clip that was played earlier today on another cable news program, on Fox, in which Bill O'Reilly had a really disparaging thing to say about you. He apologized and proceeded, apparently, to attack you again on his program tonight. I want to know if you want to respond to that.

WATERS: No, I'm not responding to him. First of all, I want to thank Hillary Clinton for standing up for all women, and in particular, for Black women. Let me just say this: I'm a strong Black woman and I cannot be intimidated. I cannot be undermined. I cannot be thought to be a friend of Bill O'Reilly or anybody. And I'd like to say to women out there everywhere — don't allow these right-wing talking heads, these dishonorable people to intimidate you or scare you, be who you are, do what you do, and let us get on with discussing the real issues of this country. Bill O'Reilly and Roger Ailes have no credibility. They have been sued by women. They've had to pay millions of dollars in fines for harassment and other kind of things. So we know about that checkered past. And we also know that when a woman stands up and speaks truth to power that there will be attempts to put her down. And so, I'm not going to be put down, I'm not going to go anywhere. I'm going to stay on the issues.

As an American, I’m proud of Rep. Waters. Not that she needs his validation, but even O’Reilly had to admit that she’s a “sincere individual” and “not a phony.” Maxine Waters embodies the best of American values and the American spirit, and she always speaks truth to power.

As a Democrat, I’m proud to have a representative from my party who never flinches from a fight, no matter how formidable the foe or the odds, when the rights and interests of ordinary Americans are at stake.

And as a Black woman, I couldn’t be prouder of Maxine Waters for her strength, her compassion, and her willingness to stand up for me and others like me against plutocracy, bigotry and injustice.

Her advice to women are an inspiration to us all.