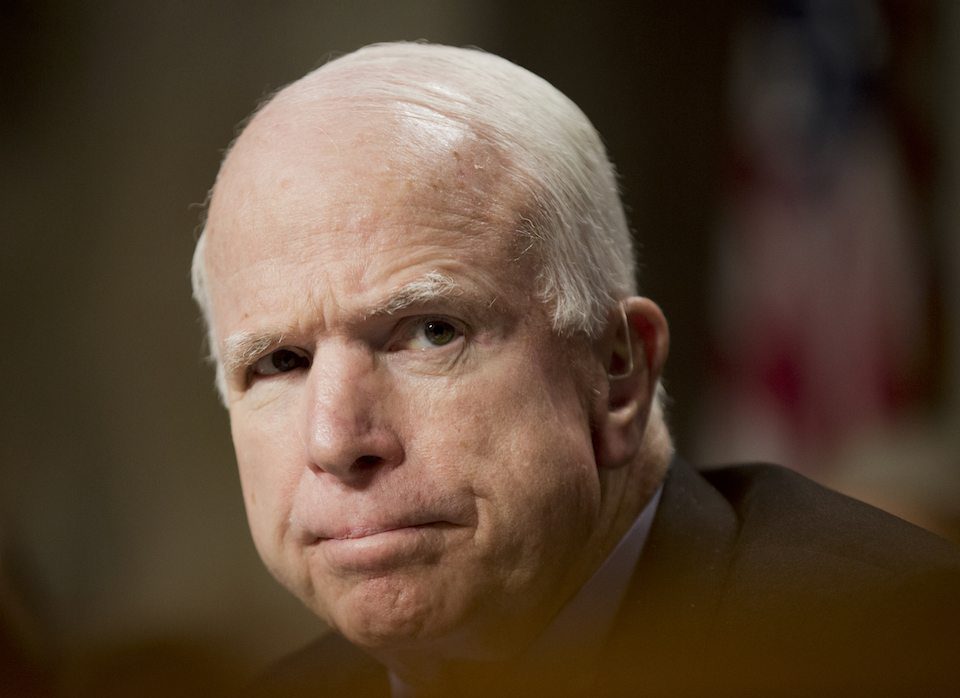 The Little Lobbyists, a group of mothers who advocate for children with complex health conditions, have been arranging health care meetings with Senators. But John McCain is turning them away.

GOP Sen. John McCain of Arizona has long been a wildcard in Senate Republicans' on-again, off-again attempts to repeal Obamacare.

In July, McCain flew to the Capitol while undergoing treatment for brain cancer to cast the deciding vote to begin debate on Obamacare repeal, even as he condemned the lack of "regular order." Days later, his unexpected vote against "skinny repeal" brought down the GOP's entire enterprise.

But now that the radical Graham-Cassidy bill is gathering steam, McCain appears to be leaning in favor of it.

Despite the fact that his upcoming vote will decide the fate of tens of millions of people, including children, and of $4 trillion in health care funding to states, McCain has heartlessly refused to meet with citizen advocates to talk about the issue.

And no group has tried harder to meet with him than the Little Lobbyists.

A group of mothers of children with complex medical conditions, Little Lobbyists have been fighting to speak to senators about their concerns. They have managed to meet with staff members of several Republicans, including Lamar Alexander of Tennessee and Johnny Isakson of Georgia. They also got a meeting with McCain's Arizona colleague, Jeff Flake, even though he is a firm yes on Graham-Cassidy.

But McCain, who is supposedly undecided, will not give them his time.

One of the mothers in Little Lobbyists, Austin Carrigg, is a constituent of McCain's. Her husband is active duty, and she is concerned that her young daughter, Melanie, would not be covered under Graham-Cassidy.

Since July, Carrigg has bombarded McCain's office with meeting requests to talk about her daughter, and visited his office on six occasions, only to be either turned away or referred to a staffer each time.

Speaking to Shareblue Media, Carrigg revealed her biggest frustration in trying to be heard.

"I mean, so many people, when they hear the term 'medically complex,' think children who are in the hospital or in an institution, and 'have no quality of life', in their words."

But as Carrigg poignantly noted, "Even for those families, their children are their world."

McCain ought to take a few minutes from his busy schedule of deciding whether sick children deserve health care, to come meet those children and their families.

And however he decides to vote, he should be willing and able to look a mother in the eye and tell her it is his will for her child.