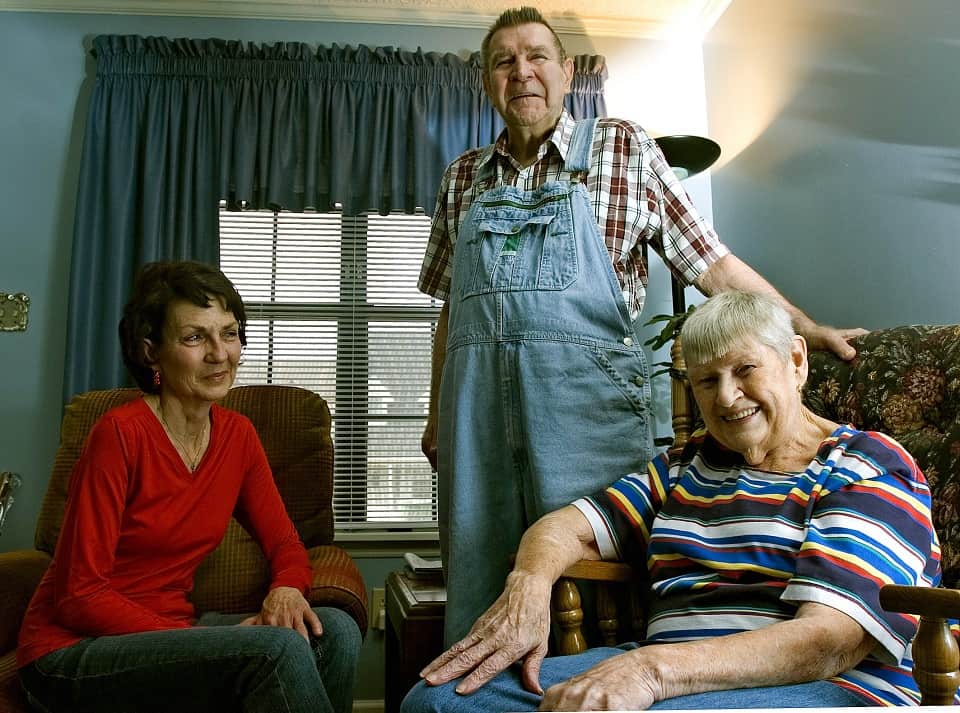 With a groundswell of support, Meals on Wheels is fighting back against Donald Trump's proposed budget cuts in funding for this vital service.

The umbrella organization representing Meals on Wheels programs at a national level has been overwhelmed by an outpouring of attention in the wake of the release of Donald Trump's budget proposal calling for complete elimination of funding sources for such programs.

And Meals on Wheels America is taking advantage of their increased visibility to fight back and defend this vital service.

The vision of elder Americans sitting alone in their homes — hungry, lonely, and endangered without the in-person checks and food provided by the program — touched the hearts of countless people. When contacted by Shareblue, Meals on Wheels America's Vice President of Communications, Jenny Bertolette, reported there were an average of 9,000 tweets per hour about Meals on Wheels within a 24 hour period, potentially reaching over 500 million people.

Bertolette confirmed the Twitter account for the organization, @_MealsOnWheels, has since gained more than an additional 50,000 followers. And the tenor of their tweets became appropriately feistier as a result of the threat and the subsequent show of support:

Cuts of any kind would be devastating for millions of vulnerable seniors. Our #SkinnyBudget statement: https://t.co/R2MkmuitBR #Budget2017

A special thanks goes out to our followers who have expressed their concerns over #SkinnyBudget funding. We hear you loud & clear!

We would like to invite you to volunteer, advocate or give what you can to support our seniors: https://t.co/vo7izlTh6f #SeniorsCantWait

In response to Trump's Budget Director Mick Mulvaney falsely claiming the funding was being cut because the programs "don't work," the organization answered back with facts:

The problem with a skinny budget is it is lean on details. So, while we don’t know the exact impact yet, cuts of any kind to these highly successful and leveraged programs would be a devastating blow to our ability to provide much-needed care for millions of vulnerable seniors in America, which in turn saves billions of dollars in reduced healthcare expenses.

The statement further noted the need for the program is only increasing and funding cuts impact their ability to provide food and assistance to those in need:

The need is growing rapidly, and federal funding has not kept pace. The network is already serving 23 million fewer meals now than in 2005, and waiting lists are mounting in every state. At a time when increased funding is needed, we fear that the millions of seniors who rely on us every day for a nutritious meal, safety check and visit from a volunteer will be left behind.

This successful public-private partnership, for which every federal dollar is matched with about three dollars from other sources, enables at-risk seniors to stay out of more expensive healthcare settings and remain more healthy, safe and independent in their own homes, where they want to be. After all, we can provide a senior with Meals on Wheels for an entire year for roughly the same cost of an average one-day stay in the hospital or ten days in a nursing home.

Nonetheless, the funds it receives from the federal government are critical, and the organization uses such grants as leverage to solicit corporate and other private funding.

America is the wealthiest its ever been, and our hearts are big. Expanding an already bloated military budget on the backs of the hungry is not a proposition we will accept.