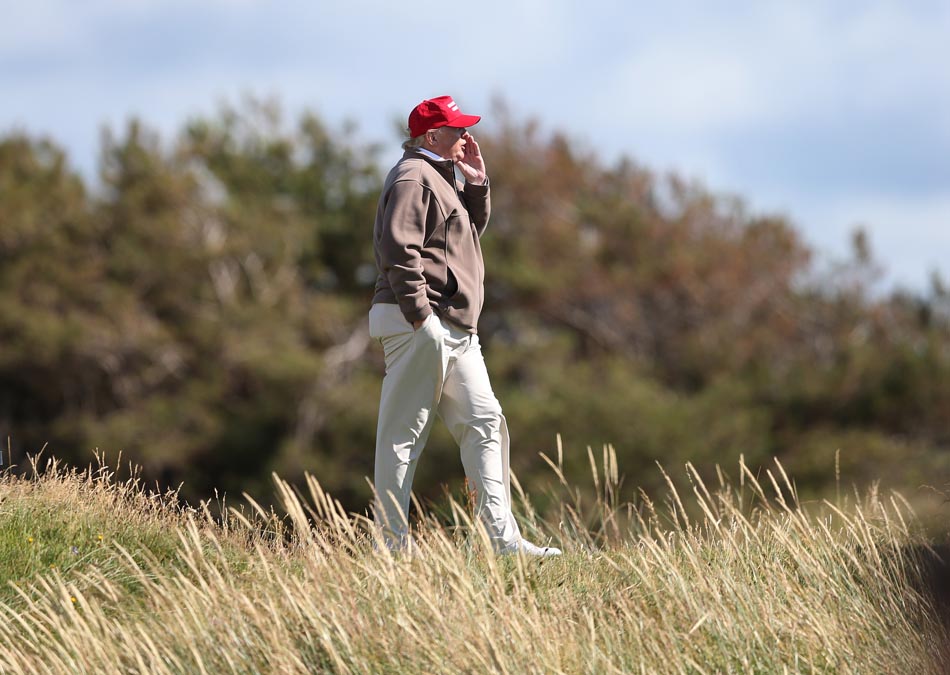 (AP Photo/Scott Heppell)
Get The American Independent in your inbox

Donald Trump's ruthless bullying and exploitation of people who get in the way of his business in the United States is well-documented. But one story from Scotland is emblematic of how his antagonism knows no borders. This is not the sort of president America needs.

For nearly a decade, Scotsman Michael Forbes and his mother Molly fought a battle against Donald Trump, who used every means possible to try to get his hands on their farmland as part of a golf resort project in Aberdeenshire.

When they refused to be bought, Trump threatened to try to use a compulsory purchase order to forcibly remove Forbes and his mother from their own property.

And when that didn't work, Trump started a media blitz against Forbes, saying he lives in "disgusting" and "slum-like" conditions, asserting that he is "not a respected man among the people that he lives with," and sneering that he "lives in a pig-like atmosphere; it's disgusting."

Trump also attempted to recruit the Scottish people into helping him bully Forbes, saying that a man who merely wanted to keep his family's land is "not a man that people in Scotland should be proud of."

People in Scotland disagreed. In 2012, they voted him Top Scot of the Year at the Glenfiddich Spirit of Scotland Awards.

In a country with a history of land seizure, especially from people who worked the land, Trump's campaign against Forbes was particularly insensitive.

The U.S. president is not just the head of government, but also the head of state. We cannot afford a head of state who believes it is okay to bully people inside or outside our borders because they refuse to immediately bend to his will.