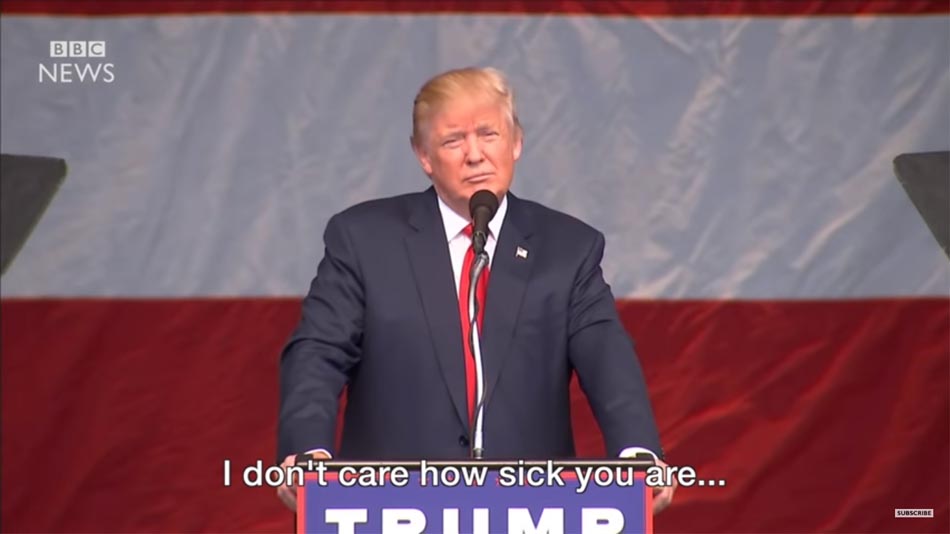 Donald Trump may have benefited greatly from the nearly $1 billion in losses he declared in 1995, an irony that can't be lost on the hundreds of businesses whose unpaid bills tell the tale of Trump's failure, and for whom there was no benefit, only pain and misfortune.

With scant weeks remaining before Election Day, the bombshell NYT report that Donald Trump declared a $916 million loss in 1995 and may have paid no federal taxes in the ensuing years has rocked the political world. This is a story of ruined lives and wrecked companies left behind by Trump's business failures.

We wanted to know more about the victims of his disastrous business and financial practices, people his own campaign manager once said had "suffered" at his hands.

Trump's current manager agrees that Trump built his wealth on the backs of poor and working people. She gets it. pic.twitter.com/lLYN0bUfPk

Because Trump has refused to release his tax returns, we don't know exactly how many years he has avoided paying taxes. We do know, however, that the failures that led to the massive 1995 write-off involved his three Atlantic City casinos, and that these failures also led Trump to stiff people like J. Michael Diehl, who was forced to take a $30,000 loss for pianos he sold to the Trump Taj Mahal in 1989. Diehl waited for months to be paid for his work, and the devastating 30% loss was the best the casino would offer him.

Then there is Paul Friel, who says his father's cabinetmaking company was eventually put out of business after nearly 60 years thanks to Trump. The Edward J. Friel Company was contracted in the early 1980s to build cabinets for the slot machines at Trump Plaza, and they expected to receive a payment of $84,000 upon completion. But Trump bought out the contract from the general contractor and then refused to make the payment. Not only was Edward Friel unable to collect the money he was owed, he also found himself shut out of other Atlantic City projects, due, he believes, to Trump's influence. Several years later, the company was forced to file for bankruptcy.

Another enormous loss was inflicted on the Jenkins family. Their company, Triad Building Specialties, installed toilet partitions at the Trump Taj Mahal, and wound up receiving only 30 cents on the dollar three years later following the Taj bankruptcy in 1991.

These are just a few of the many people who have been stiffed by Trump in the past and the present, but their stories have been given new life by the Times report, and so cable news is beginning to put faces to some of the names in those accounts:

If these stories aren't galling enough, there's one more detail that the Times hints at, and which a release of Trump's actual tax returns could confirm. While many of the contractors who worked on Trump's casinos wound up having to settle for pennies on the dollar, if they survived at all, Trump's sweet tax deal means that he probably didn't even pay taxes on the money they had to write off to him (emphasis mine):

Reports by New Jersey’s casino regulators strongly suggested that Mr. Trump had claimed large net operating losses on his taxes in the early 1990s. Their reports, for example, revealed that Mr. Trump had carried forward net operating losses in both 1991 and 1993. What’s more, the reports said the losses he claimed were large enough to virtually cancel out any taxes he might owe on the millions of dollars of debt that was being forgiven by his creditors. (The I.R.S. considers forgiven debt to be taxable income.)

That means that the taxpayers, who presumably included folks like Diehl, the Jenkins family, and the Friels, ate the cost of what Trump should have paid on those forgiven debts as well as potentially 18 years worth of his income taxes.

Hillary Clinton has been making Trump's atrocious business record a focus of her campaign for quite some time, but it looks like the stories of small businesses and hourly employees swindled by Trump are beginning to break through, just in time for the second presidential debate.

(Peter Daou and Alison R. Parker contributed to this article)