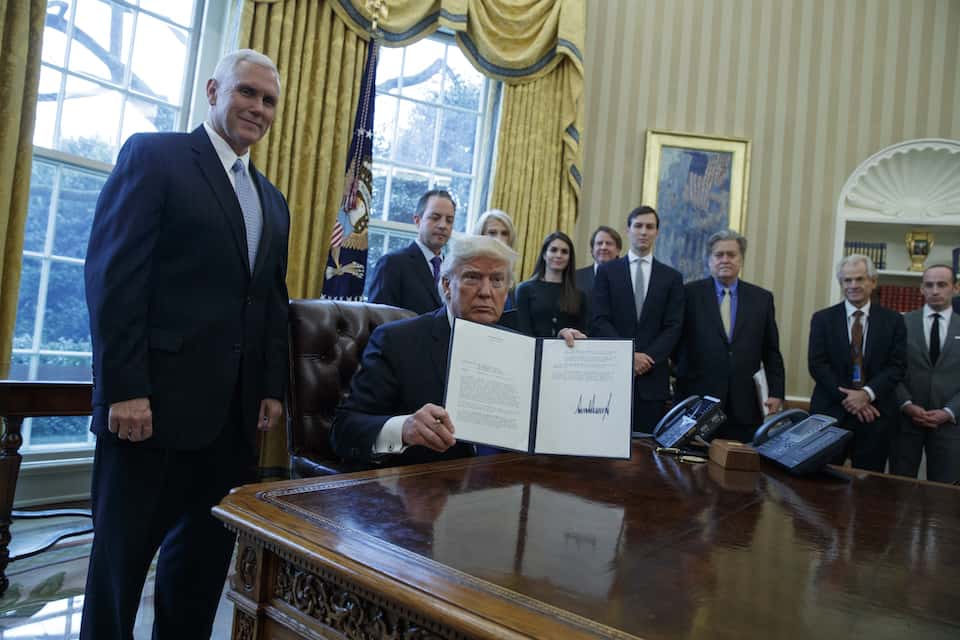 In the boys' club that is Donald Trump's White House, men get dibs on the highest paying jobs, while women get a huge pay gap.

Turning back the clock with astonishing speed, Donald Trump's White House has embraced a gender pay disparity that reflects trends from the early 1980s, when women in the United States were paid 35 percent less than men.

In 2006, under President George W. Bush, the pay gap was 11 percent, compared to today’s 37 percent. So what is driving a gender pay gap that is remarkable even by Republican White House standards? It's the fact that men have landed most of the high-paying jobs inside the Trump White House.

Adopting a kind of "Mad Men"-era approach to hiring, Trump is showering men with senior positions while mostly relegating women to the lower pay scale.

For instance, of the top 101 paying jobs in the Trump White House, 73 percent are held by men.

Contrast that to President Barack Obama's White House. In 2015, of the top 105 highest paid White House staffers, 55 percent were men. Overall that year, there was an 18 percent pay disparity, compared to 37 percent today. (By 2016, that percentage had dropped to 11 percent.)

And note that in 2016, of 16 employees who made the maximum White House staff salary of $176,461, nine of them were male and seven were female, including senior adviser to the president Valerie Jarrett and National Security Adviser Susan Rice.

The latest pay disparity findings represent another embarrassment for Ivanka Trump, who has tried to position herself as an advocate for women inside a White House that seems determined to roll back equality achievements.

Ivanka’s advocacy did nothing to stop her father in March from quietly revoking the 2014 Fair Pay and Safe Workplaces. The order was originally signed by Obama to make sure companies with federal contracts complied with labor and civil rights laws. The order was designed to promote paycheck transparency and to stop forced arbitration for sexual harassment or discrimination claims made by contractor employees.