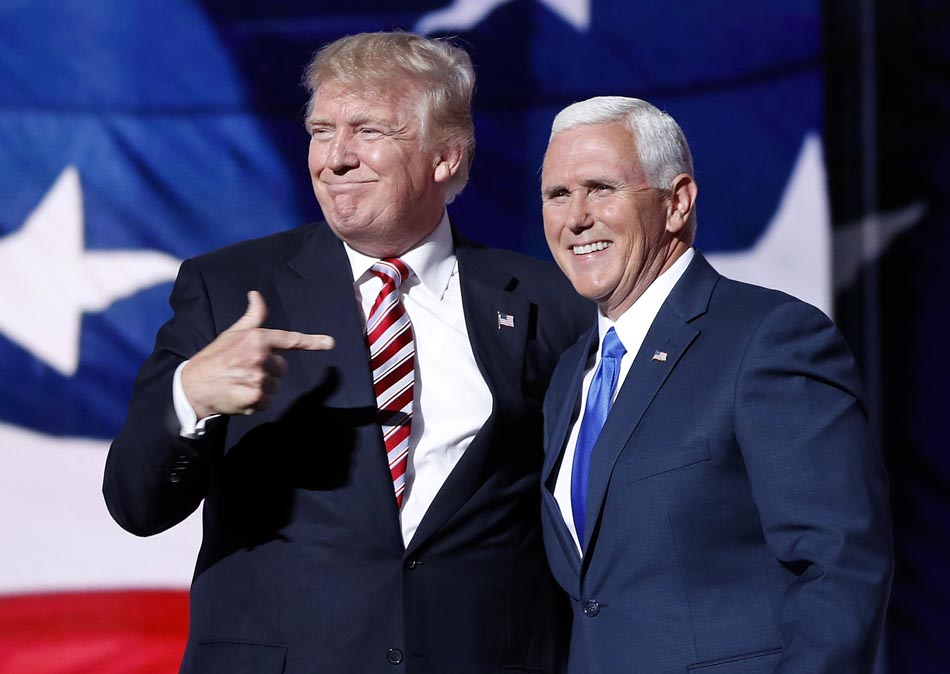 Republicans are now abandoning their nominee Donald Trump after public disclosure of his disgusting comments about grabbing women's genitals. But they cannot run away from their own record on women's agency — starting with a 2011 bill that sought to redefine rape to limit access to abortion.

Dozens of Republicans have condemned Donald Trump's sickening comments about assaulting women, and a number have also rescinded their endorsements. Others have called for Trump to drop out of the race and allow Mike Pence to assume the top of the GOP presidential ticket.

Rep. Jason Chaffetz, for example, called into CNN to haughtily express his disgust with Trump, saying he "can't tell the good people of Utah that I endorse a person who acts like this" and expressing his wish that Pence were the candidate.

Chaffetz is one of many Republicans positioning their objections to Trump's (latest) vile comments as a principled stand.

There are just two problems with this stance: First, it implicitly — if unintentionally — communicates that they were just fine with all of the other vulgar and bigoted things he has said, many of which he uttered as a candidate.

Chaffetz going on about how offended he is. Unsaid: I wasn't offended by all the other misogyny, racism, Islamophobia, disablism, sizism...

Second, it asserts a distance from Trump's hostility toward women's agency and autonomy that no one in the Republican leadership has any right to claim.

Media: Please ask these principled Republicans abandoning Trump why they think Pence's positions on women's agency are any more acceptable.

The Republican Party's anti-choice posture is widely known and well-discussed. They shamelessly boast about their opposition to abortion. They are, however, a good deal more reticent to brag about their destructive policies and rhetoric on sexual assault — which are frequently tied to their anti-abortion position.

In 2011, the House GOP provided a perfect insight into the intersection of anti-choice aggression and rape apologia, when they attempted to redefine rape in order to limit access to abortion.

That legislation, the "No Taxpayer Funding for Abortion Act," had 173 co-sponsors. Among them were Speaker Paul Ryan and the aforementioned Chaffetz, both now busily affecting a high dudgeon over Trump's hostility for women's agency.

Also on that list of sponsors? Then-congressman and current vice-presidential nominee Mike Pence.

Pence has built his career atop anti-choice measures, making Indiana one of the most unsafe places to be pregnant in the country — and now his party wants us to believe they're horrified by Trump's hostility toward women's agency, even as they long for Pence to take his place.

I am a survivor of sexual assault, and not all survivors feel the same way about this subject as I do, but I am frankly hard-pressed to see why I should be much more contemptuous of a man who used physical force to make decisions about my body without my consent than a man who sits at a big mahogany desk in Washington making decisions about my body without my consent.

"I'm appalled Trump wanted to control women's bodies with his own hands instead of from the civilized distance of the legislature!"--The GOP

I want control of my own body, and the means by which a man (or woman) seeks to seize control does not alter my angry resistance to the seizure.

But anyone who holds the position that they should be able to legislate away my bodily autonomy and supersede my consent about what happens to my body should not be too surprised by it.

Particularly if they belong to a party which, just this summer, was so angry about the Obama administration trying to help female survivors of campus sexual assault that they felt obliged to debate inserting opposition into their national platform.

There was that time former GOP Senator and two-time presidential candidate Rick Santorum said that pregnant rape victims should make the best out of a bad situation. And that time former GOP Senate candidate Todd Akin argued that pregnancy from rape is really rare, because "If it's a legitimate rape, the female body has ways to try to shut that whole thing down." And that time Akin also accused women of lying about rape. And that time GOP Senate candidate Richard Mourdock said that getting pregnant from rape is god's plan. And all the times Republicans have told women how to avoid getting ourselves raped, as if it is our responsibility to stop rapists rather than predators' responsibility to not rape people.

This is hardly a comprehensive list. The litany of examples of Republicans blocking legislation that would address sexual assault or support survivors, and of Republicans saying inappropriate things about rape and/or its victims, is interminable. And intolerable.

Their objection to Trump's comments but embrace of Pence and his policies, which they share, is a clear indication they do not care about women. They only care about optics.

It is fine to express contempt for women's agency, just so long as you do it in a moderate tone.