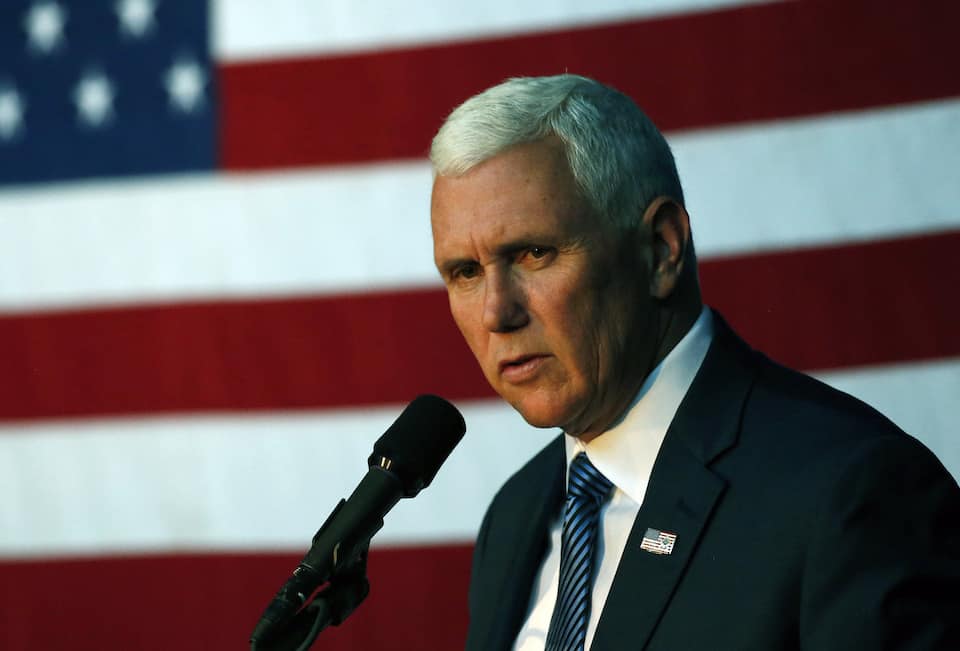 Bringing harm and suffering to millions of lives is not something with which one should be delighted. Unless one is Vice President Mike Pence, that is.

The Trump administration and the GOP are dead set on taking away access to health care for millions of Americans.

And even if a huge majority of the country is opposed to it. In fact, polls show that not one state has a majority or even a plurality of support for the Republicans' repeal plan.

But Vice President Mike Pence isn't about to let a little thing like millions of people across the nation hating what he wants to do stop him from doing it.

And his office put out a glossy, campaign-style video — complete with soaring music and talking points repetition — making that crystal clear.

.@POTUS Trump is going to keep his promise to the American people, & working with this Congress, we're going to repeal & replace Obamacare. pic.twitter.com/UflDSuWVP0

In short, under President Donald Trump, we seek a brighter health care future for every American. This will be the north star of our administration and for everyone who works on health care here at HHS. Make no mistake about it: To make this vision a reality, President Donald Trump is going to keep his promise to the American people, and working with this Congress, we're going to repeal and replace Obamacare. [applause]

Pence's word choice in this video is curious, as Democratic Sen. Chris Murphy of Connecticut noted in response to a similar ad from the vice president's office:

I'm gonna say it - there is some real evil in claiming that 23m losing health care to pay for a $600b millionaire tax cut is a "rescue". https://t.co/fyS9ZdfDxy

It is indeed troubling that the White House would frame damaging people's lives and livelihoods in a positive way.

But it is also, unfortunately, all too predictable.

Pence's political past was prologue to this moment. For a man who comes across as blandly unthreatening, and yet has put forth despicable ideas and policies on rape laws, torture against terrorism suspects, reproductive rights, and bigotry against LGBTQ people cloaked as "religious freedom," it is wholly unsurprising that he would offer such an Orwellian take on what he, Trump, and the rest of their party's leadership are trying their damnedest to do to the country.

A "brighter health care future" is one in which everyone can go to the doctor when they need to, and can afford whatever treatments, tests, and medications are prescribed. Pence is correct that the American people deserve such a future, but they aren't going to get it from the bill his party is forcing on them.