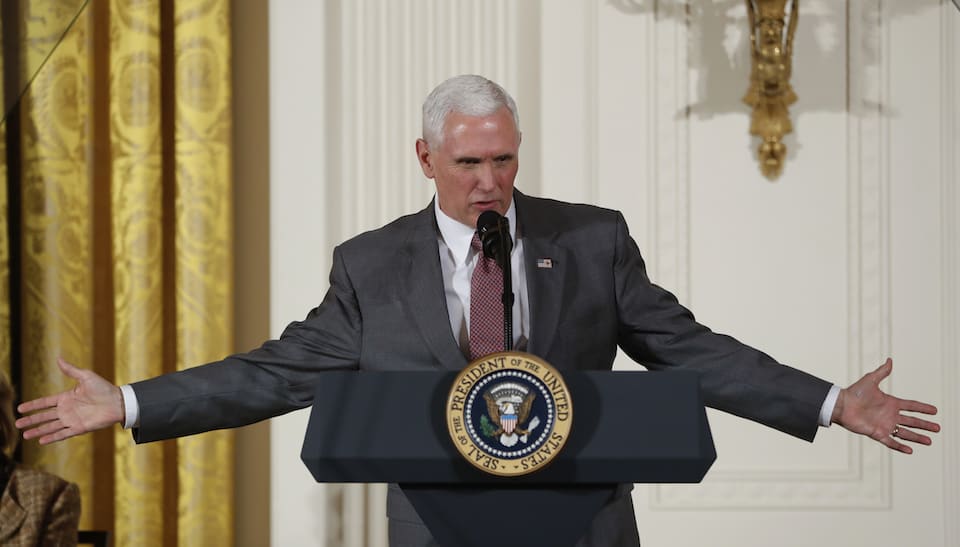 Thanks to a tie-breaking vote from Vice President Mike Pence, the Senate just moved to roll back an Obama administration rule which provided family planning organizations like Planned Parenthood with protection from discrimination under Title X. This would be devastating to women and families, especially those living under conservative state governments. The final vote will come soon.

Women's health and family planning capabilities are once again being targeted by Republicans, as the Senate just voted to roll back crucial protections, put in place by President Obama, that shielded organizations like Planned Parenthood from discrimination in funding by state governments.

And Vice President Mike Pence was all too happy to help them do it:

What you look like after you vote to restrict health care for women & families in rural & undeserved areas. #TitleX pic.twitter.com/ccmdUXdkZb

Enacted in 1970 — notably with bipartisan support — Title X is a critical program which provides federal funds to non-profit organizations which offer family planning services and information. According to Guttmacher, for 40 percent of people who receive care at Title X clinics, it is their only source of health care — especially low-income, uninsured, or underinsured people, and for those living in rural communities with limited access to health care options.

Title X clinics are a critical source of preventive sexual health services such as STI testing and treatment, gynecological exams, contraception education, and cancer screenings. In 2016 alone, these clinics provided such services to approximately 4 million women and men at nearly 4,000 health centers around the country.

In December 2016, in the remaining weeks of his presidency, the Obama administration issued a new rule "to bar states from withholding federal family-planning funds from Planned Parenthood affiliates and other health clinics that provide abortions." The regulation was intended to protect people in states with conservative governments which have long held organizations like Planned Parenthood squarely in their sights for defunding and other attacks.

But now the GOP is trying to roll back that regulation, which will allow unfettered discrimination by red state governments against any family planning groups they deem disreputable or which go against their anti-choice politics.

And if they're successful, the millions of people who receive health care at thousands of clinics across the country will be forced to pay the price for this conservative grandstanding.