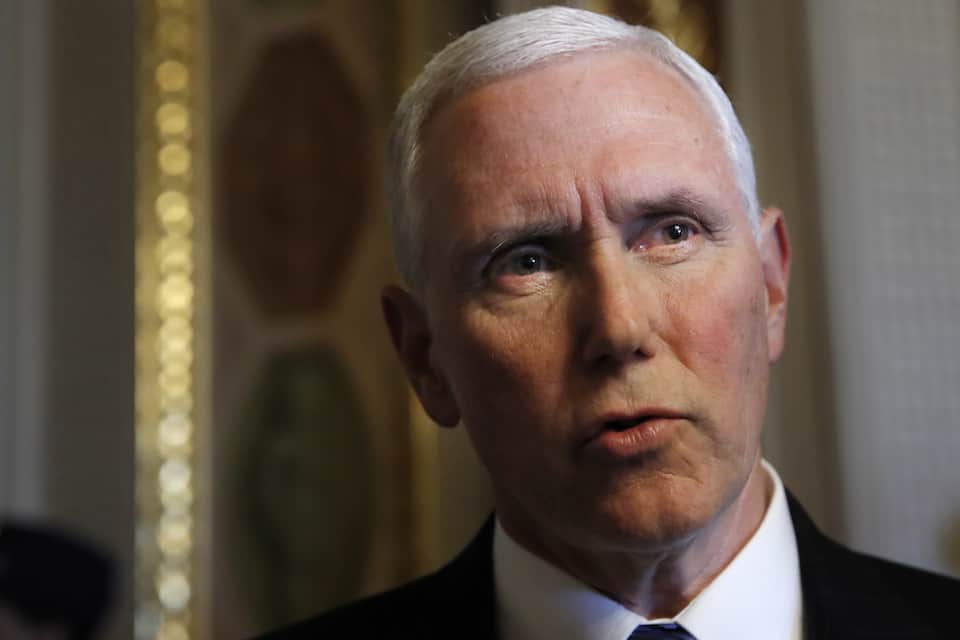 Vice President Mike Pence continues to dig himself deeper into the muck with his boss.

Pence is already deeply involved in the Michael Flynn scandal, and is now further tarnishing himself by attempting to cover for Donald Trump's outrageous firing of FBI Director James Comey.

Pence is parroting the bald-faced lie that former Director of National Intelligence James Clapper said there is "no evidence of collusion," as well as Trump's unsubstantiated and dubious assertion that Comey told Trump, on three occasions, that he is not the subject of an FBI investigation:

Pence isn't helping his case by continuing to lie about Clapper. Clapper wasn't even aware of the FBI probe. Did not clear Trump campaign. pic.twitter.com/wCtTjN4a0U

REPORTER: Given the kind of bipartisan concern we've seen over the last 24 hours, and the administration's assertion that there was no wrongdoing, why not support an independent panel or an independent prosecutor?

PENCE: Well, um, the evidence, or the facts that are in public today are very clear. The former Director of National Intelligence has said there is no evidence of collusion. The president and I remain confident that the committees in the House in the Senate who are looking into every aspect of issues that arise out of last year's election will be able to do their work. The president and I were informed several times by the director of the FBI that he, himself, was not under investigation.

What Clapper actually said is that he hasn't seen such evidence, but that he was also unaware of the FBI's ongoing investigation.

Pence is also echoing the official White House line that it was Deputy Attorney General Rod Rosenstein who initiated Comey's firing, when reliable reporting shows the opposite to be true:

.@mike_pence is saying DAG initiated Comey ouster -- this is not true, according to everyone @maggieNYT and I have talked to. Trump did it.

This is a perilous game that Pence is playing, because even if he manages not to become implicated in the underlying actions that the FBI is investigating, he is ensnaring himself in the cover-up. A White House spokesperson can claim they were just dispensing the official line to the best of their knowledge, but it is far less plausible for a vice president to claim ignorance, especially given the facts that are already known.

As history has shown, the cover-up can often be worse than the underlying action, and Pence is proving to be deeply enmeshed in this one.