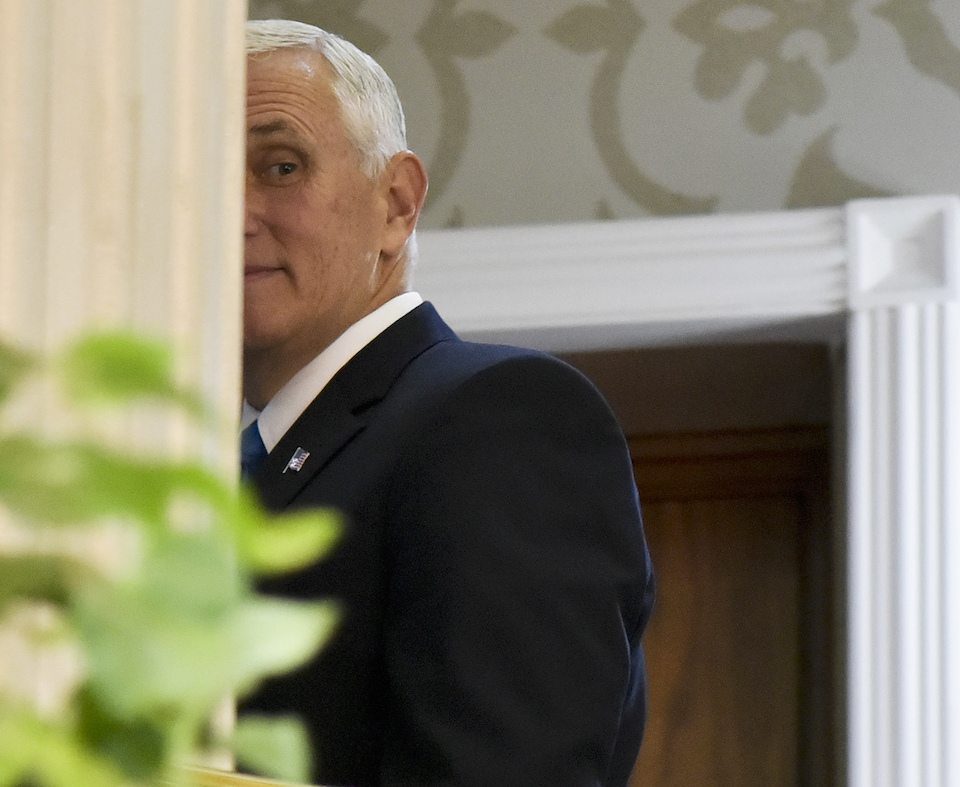 (AP Photo/Risto Bozovic)
Get The American Independent in your inbox

Mike Pence sent his lawyer to a secret meeting with special counsel Robert Mueller and then continued to publicly distance himself from Donald Trump's Russia scandal and the ongoing cover-up.

Mike Pence arranged a secret meeting between his personal lawyer and FBI special counsel Robert Mueller to discuss the details of possible cooperation on the ongoing Russia investigation.

Politico reports that the rendezvous, which was previously unreported, occurred in June. The sit-down between attorney Richard Cullen and Mueller happened soon after Pence hired him for the job.

Since the meeting, Pence has repeatedly attempted to distance himself from the multiple related scandals plaguing the Trump administration.

Pence sent his public relations man to appear on Fox News and tell its conservative viewers that Pence had nothing to do with the Russia scandal. Without prompting, Pence told a reporter he was "not aware" of collusion between the Trump campaign and Russian operatives.

He also made clear that the infamous meeting between Russian operatives peddling campaign dirt on Hillary Clinton and top Trump officials Donald Trump Jr., Paul Manafort, and Jared Kushner took place in "the time before" he was a part of the campaign as Trump's running mate.

Pence was in the room when the Trump administration composed a memo citing the Russia investigation as a reason FBI director James Comey should be fired. Later, Trump fired Comey but omitted the Russian issue from his justification, a false narrative that Pence backed up. Legal experts have said there could be grounds for Pence to be impeached, as part of his role in trying to cover up the scandal.

Pence has issued several false and misleading statements to distort his role in the Russia scandal. Mueller has been questioning other White House staffers on their involvement in putting together other false statements, signaling he is interested in the disinformation campaign being employed by the Trump campaign.

That presents a danger to Pence, as such statements were cited in articles of impeachment against Richard Nixon.

The quiet meeting between Pence's lawyer makes his actions since — including his shadow presidential campaign — even more intriguing, and hints at the possibility Pence is looking out for himself instead of taking the fall for Team Trump.