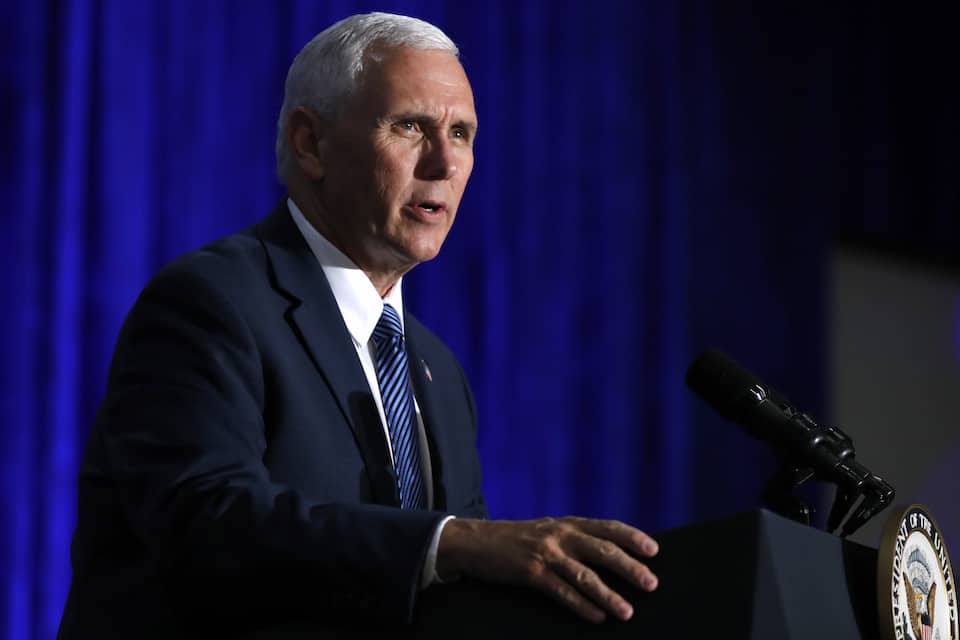 Vice President Mike Pence is dismissing the refusal of 45 states to comply with his Election Integrity Commission's request for private voter data as "fake news." But he's the one who's not telling the truth.

Mike Pence lashed out in response to news reports about the refusal of states to comply fully with his so-called Election Integrity Commission's request to turn over sensitive voter registration data.

Pence issued a statement on behalf of commission, calling it statement "real news" in a tweet that distorted the reality of the degree of state resistance to Donald Trump's thinly disguised voter suppression efforts:

On June 28, the Presidential Advisory Commission on Election Integrity issued a letter requesting that states provide publicly available voter data as permitted under their state laws. At present, 20 states have agreed to provide the publicly available information requested by the Commission and another 16 states are reviewing which information can be released under their state laws. In all, 36 states have either agreed or are considering participating with the Commission's work to ensure the integrity of the American electoral system.

While there are news reports that 44 states have "refused" to provide voter information to the Commission, these reports are patently false, more "fake news". At present, only 14 states and the District of Columbia have refused the Commission's request for publicly available voter information. Despite media distortions and obstruction by a handful of state politicians, this bipartisan commission on election integrity will continue its work to gather the facts through public records requests to ensure the integrity of each American's vote because the public has a right to know.

On Twitter, voting rights expert and author Ari Berman likewise responded to Pence's misleading narrative with knock-out succession of factual blows about how states have actually responded to Pence and the head of the commission, Kansas secretary of state and well-known voter suppression proponent Kris Kobach.

Two members of the commission — Indiana Secretary of State Connie Lawson and Maine Secretary of State Matthew Dunlap — are among those who refused to comply and another member resigned over the request. Even Kobach himself said Kansas would not comply with his own request.

After attacking the press, Pence later retweeted the Trump White House's propaganda platform, "Fox & Friends," to accuse states that are not complying of "trying to hide" something and "pure partisanship": In stark contrast to its title and Pence's words, the actions the "Election Integrity Commission" belie its true purpose: to spread a fake narrative about "voter fraud" and to intimidate states into engaging in voter suppression on an unimaginable scale.