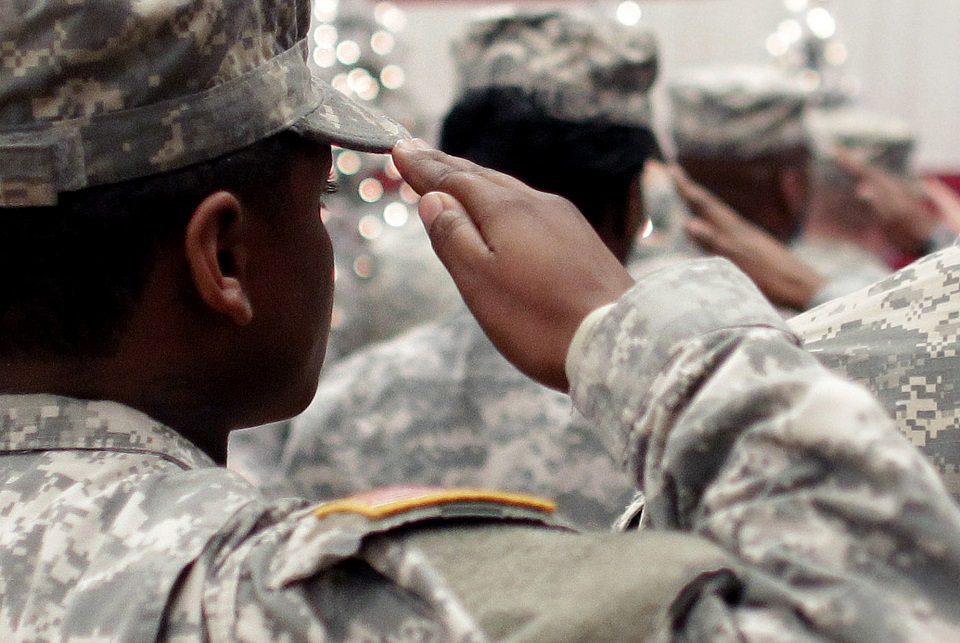 (AP Photo/Brennan Linsley, File)
Get The American Independent in your inbox

One of Donald Trump’s first actions as president was to institute a hiring freeze, which is backfiring on the children of servicemembers. One of those moms is now letting the public know what he did.

Days after being sworn in, Donald Trump enacted a hiring freeze in the federal government. At the time, outlets like The Military Times reported that the decision could cause unintended consequences and disruption in the armed services. As usual, Trump did not listen.

Now we are learning that these decisions, made to make a splash in the press as evidence of activity in Trump’s first 100 days, are backfiring. Due to the freeze, many child care programs on multiple military bases will be suspended.

A memo leaked online from the U.S. Army Garrison stationed in Wiesbaden, Germany, directly attributes the closure of child care programs to the Trump hiring freeze: "Due to the Hiring Freeze enacted by the President  of the United States on 22 January 2017, childcare at the Child Development Center (CDC) has been adversely affected."

Military.com reports that many military families "rely on hourly care for child care during part-time jobs or school hours, or when the full-time day care program is full."

And now the mothers of those children affected by Trump’s decision are speaking out.

Emily Bewley, a military spouse who received the heartbreaking letter after picking up her child from school, told VoteVets, "People need to understand that this hiring freeze has a real impact on people’s lives." She added, "President Trump sees numbers in a budget to be cut. What he doesn't see is the countless number of military families who are being affected by this. The people who are getting hurt in this situation are the children of our military, who already sacrifice so much for our country. While I don't think it was ever his intent to hurt military families, the fact is, he has. There was a better way for this to be done — if he would have taken the time to find it."

David Knezek, a Democratic state senator from Michigan and an Iraq War veteran, said he was disgusted by the outcome of Trump's decision, writing, "While Pres Trump takes 3 vacas costing $10M, his hiring freeze brings an end to pre-K and daycare for military families abroad."

The hiring freeze also means that military families will not be able to get help in preparing their taxes (reminder: we still have not seen Trump's tax returns).

Trump has frequently spoken about supporting military families and veterans, but in his behavior, we see far more concern with optics and photo-ops than in doing right by them, especially their children.