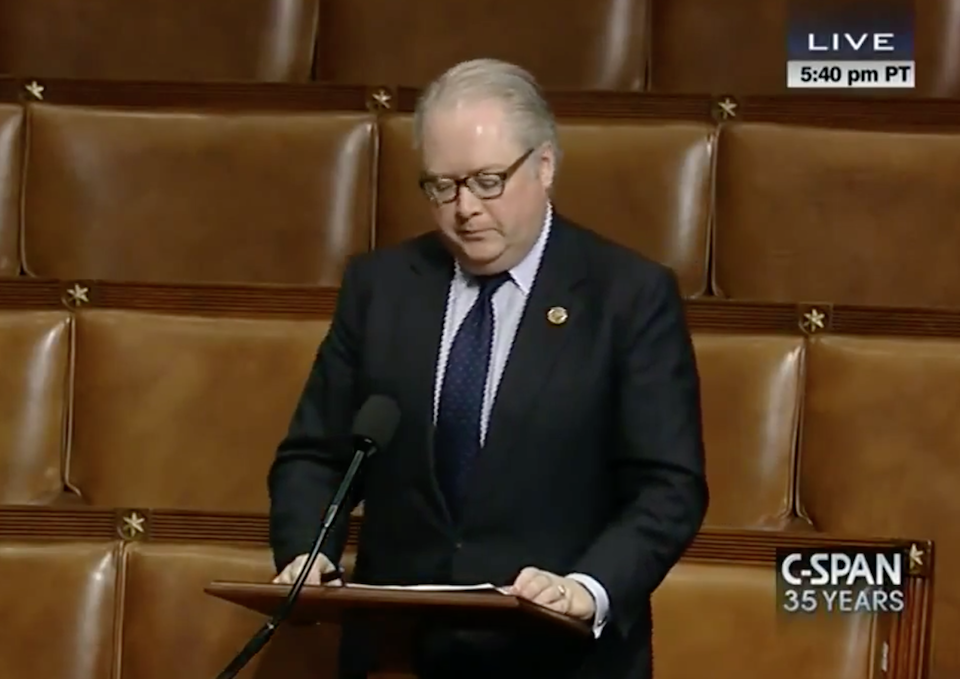 In a new interview, a North Carolina Republican admitted what we all already knew: That the GOP's push to eliminate the estate tax is nothing but a scam to fatten the pockets of the richest Americans at the expense of everyone else.

The estate tax applies only to a tiny fraction of inheritances — the first five million dollars are exempted before any tax applies. So the GOP’s plan amounts to a massive tax cut on the wealthy, and an egregious farce when set next to the capricious tax increases on the middle class also in their new tax bill, like the elimination of deductions on student loan interest and medical expenses for seniors.

But to hear it from some Republicans, the elimination of the estate tax is about helping the little guy.

In a conversation with the Charlotte News & Observer, North Carolina Rep. George Holding argued that repeal of the estate tax would have helped him when he was a kid:

Hey, it benefits everybody. I sure do wish we had the elimination of the inheritance tax when my father died back when I was 10 years old and he was 54 years old and he was chairman of a bank. A great deal of the wealth that he had accumulated went to the federal government. So I feel like I’m a day late and a dollar short achieving that.

The problem: In case it was not obvious from the fact that his father was “chairman of a bank,” his family was, indeed, very rich. In fact, according to OpenSecrets.org, Holding’s net worth today is $6.2 million.

Clearly, the estate tax was not detrimental to Holding’s ability to acquire wealth, making this a laughable and tone-deaf example of how estate tax repeal “benefits everybody.”

Holding can dodge all he wants, but the fact is that this tax scheme is a massive, multi-trillion dollar scam to give breaks to the wealthy. Trump, his children, and several members of his Cabinet would benefit considerably.

Republicans know their plan has nothing to offer working families. And their responses to the most simple questions indicate they know that.