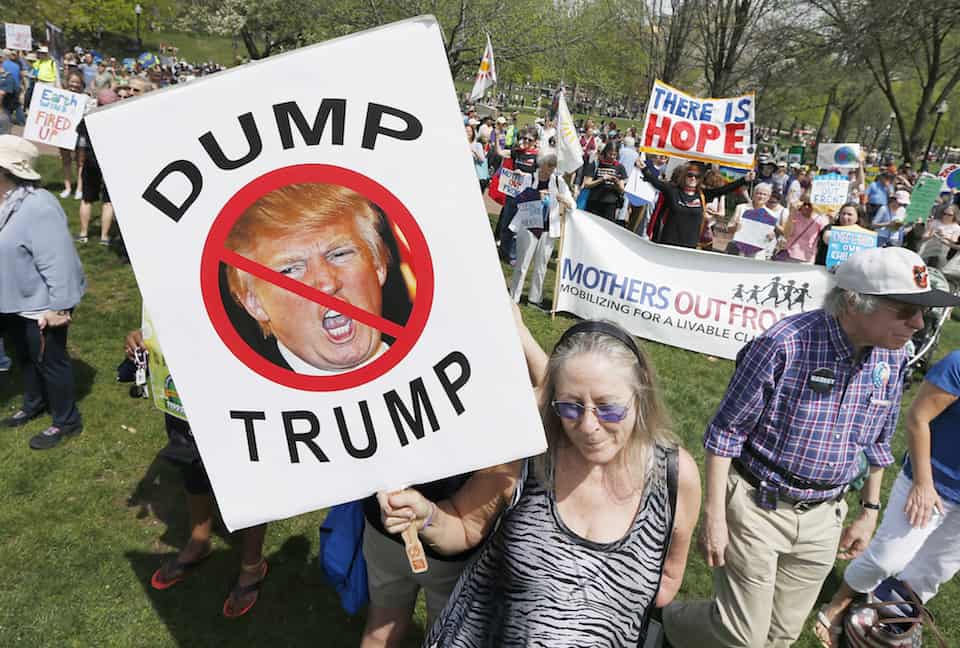 (AP Photo/Michael Dwyer)
Get The American Independent in your inbox

MoveOn.org and the Indivisible Project are mobilizing the nation to demand impeachment proceedings against Donald Trump.

Both groups expressed the belief that the standards for obstruction of justice and abuse of power had been met by Trump in his attempts to coerce Comey into dropping the Russia investigation.

Co-executive director of the Indivisible Project, Leah Greenberg, characterized Trump's behavior as "grounds for impeachment" and issued a nationwide call to action:

Even though Comey presented undeniable evidence of obstruction of justice today, a Republican Congress will not begin impeachment hearings without immense public pressure. Grassroots pressure has been successful in convincing many Republicans to join the call for a special counsel, and it will be key in getting Republicans to choose country over party and move the impeachment process forward.

MoveOn's Executive Director Anna Galland described Trump's actions as "exactly the kind of fundamental abuse of power that the founders believed is an impeachable offense."

"We will not treat this as normal. And politicians in Washington must not continue to conduct business as usual," she continued, adding that, if Congress fails to fulfill their oath to uphold the Constitution, "millions of MoveOn members across the country will hold them accountable at the ballot box."

MoveOn represents the concerns of more than seven million members, while Indivisible works at a grassroots level with more than 5,900 local groups in every congressional district across the country.

Over the past few months, polling has shown that support for impeachment has surged among Americans of both parties. Numerous Democratic members of the House and Senate have repeatedly raised the issue as well, including Senators Richard Blumenthal of Connecticut and Ron Wyden of Oregon and, perhaps most prominently, California Rep. Maxine Waters.

And Rep. Al Green of Texas became the first Democrat to call for impeachment on the floor of the House, joined the following day by Democratic Representative Brad Sherman of California, who stated that the "standard for 'high crimes and misdemeanors' has been met."

Green and Sherman are currently drafting articles of impeachment. But to date, only two Republicans have publicly acknowledged that Trump's behavior may constitute an impeachable offense.

But with groups like MoveOn and Indivisible joining the call with millions of Americans behind them, the Republican Party will find it increasingly difficult to ignore the demands of their constituents.