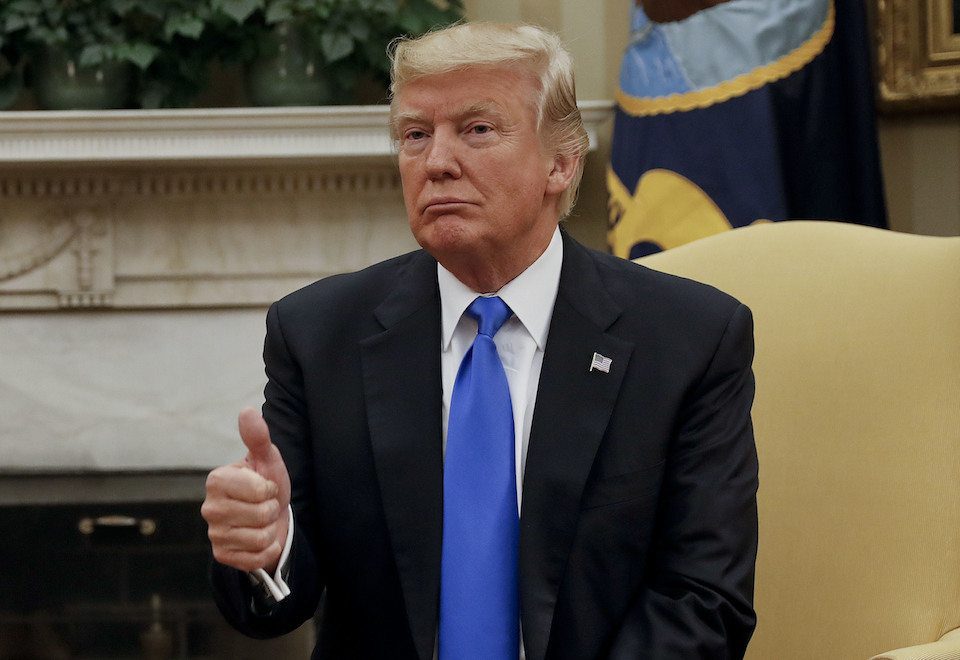 Donald Trump decided to reverse himself on leaving Afghanistan, and is now pushing for a renewed troop build-up in the war torn region after being shown a 1970s photo of women in miniskirts in the country.

Donald Trump made the decision to increase the number of troops in combat in Afghanistan after being shown a photo of women in miniskirts in the country from the 1970s.

Call it the Miniskirt Doctrine.

The Washington Post reports that national security adviser H.R. McMaster "presented Trump with a black-and-white snapshot from 1972 of Afghan women in miniskirts walking through Kabul" as part of his effort to persuade Trump to keep the military in the region, arguing that it is possible to erode support for Islamic fundamentalism.

Trump then announced his decision to flip-flop on Afghanistan, ordering a renewed military build-up there. He won't publicly give specifics, but members of Congress have said that they were told by Trump officials that 4,000 more Americans will be called to serve in addition to the 8,500 already in-country.

Previously, Trump said America was "wasting our money" in Afghanistan, that it is "time to get out of Afghanistan," and described the country as "a total disaster."

After President Barack Obama announced that he would be significantly reducing troops in Afghanistan, pulling out over 34,000 of them by the end of 2013, Trump even agreed with him. He wrote, "I agree with Pres. Obama on Afghanistan. We should have a speedy withdrawal."

Now, after being shown a photo of women in miniskirts, that has all been thrown out the window. Trump's long history of ogling, insulting, and boasting about assaulting women is infamous. Even from the White House, Trump has insulted and degraded women. He fumed about MSNBC's Mika Brzezinski having a "low I.Q." and said she was "bleeding badly" from a face-lift after she made fun of him.

It was an appeal to his well-known misogynistic world that persuaded Trump to reverse Obama's plan to disengage from the longest war in American history. The decision puts the military in harm's way for an indeterminate length of time, for goals Trump could not define during his address on Monday night, beyond "killing terrorists."

Despite his prior criticisms of our involvement in Afghanistan, now that Trump has seen miniskirts, he appears to believe the sacrifice of blood and treasure is worth it.