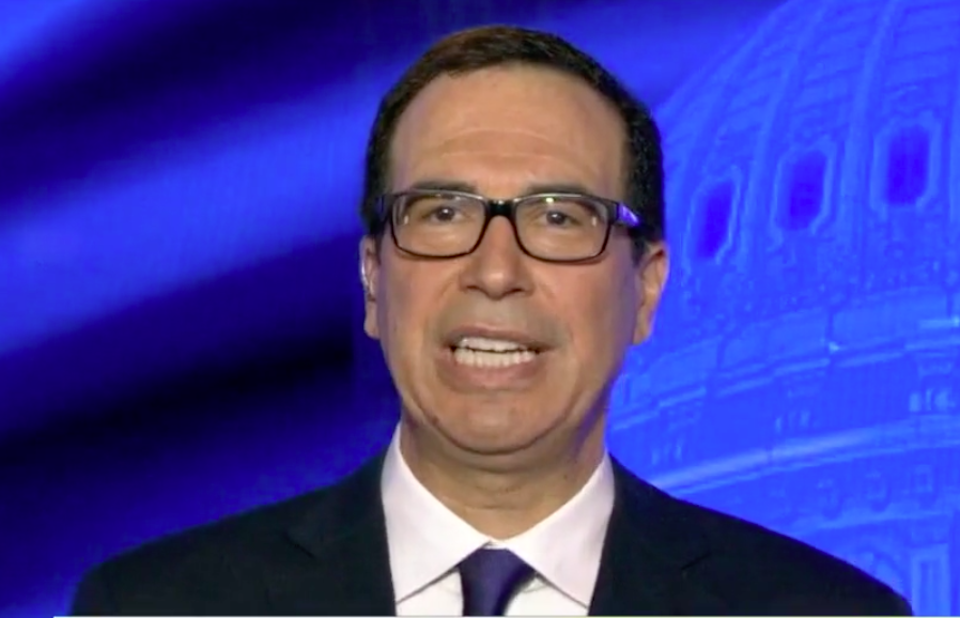 Mnuchin stopped the Treasury Department from putting Tubman on the $20 bill, likely because Trump hates the idea. Now he faces an inspector general investigation for doing so.

Treasury Department head Steve Mnuchin is facing an inspector general investigation over his baseless decision to delay replacing Andrew Jackson with Harriet Tubman on the $20 bill.

Sen. Chuck Schumer (D-NY) asked for the investigation after Mnuchin announced the Tubman $20 bill would be postponed until at least 2026, with the bill not circulating until 2028.

There's not much doubt that Mnuchin blocked the switch to Tubman because his boss hates the idea. While running for president, Trump complained that the move to replace Jackson was based on "pure political correctness" and claimed that Jackson "had a history of tremendous success for the country."

Of course, Andrew Jackson owned over 100 slaves and was responsible for the brutal Trail of Tears, where thousands of Native Americans were forced from their homes and over 4,000 died. That's Trump's definition of "tremendous success for the country."

Current and former Treasury Department officials even told the New York Times that Mnuchin decided to delay the change "to avoid the possibility that Mr. Trump would cancel the plan outright and create even more controversy."

When he announced the delay back in May, Mnuchin tried mightily to invent a different reason for it. He said that the Tubman bill wouldn't be ready because creating new anti-counterfeiting measures for the bill would take too long. But the Times found that work on changing the $20 bill had begun well before Trump took office and that the timeframe of launching the bill in 2020 could have been met. Engravers and the Secret Service have already reviewed a metal engraving plate and a digital image of the bill.

Rather than moving forward with this critical and historic change, Mnuchin refused to say whether Tubman would ever appear on the bill and left the decision to a future treasury secretary.

Mnuchin has been running cover for Trump because Trump reveres Jackson as "a populist hero who reminds him of himself." Trump has even described Jackson as someone who "confronted and defied an arrogant elite" — presumably just as Trump feels he has done.

In the end, it isn't permissible for Mnuchin to delay putting Tubman on the bill just because it would make Trump unhappy. Hopefully the inspector general, empowered to look into employee misconduct, will bring both Mnuchin and Trump's wrongful acts to light.