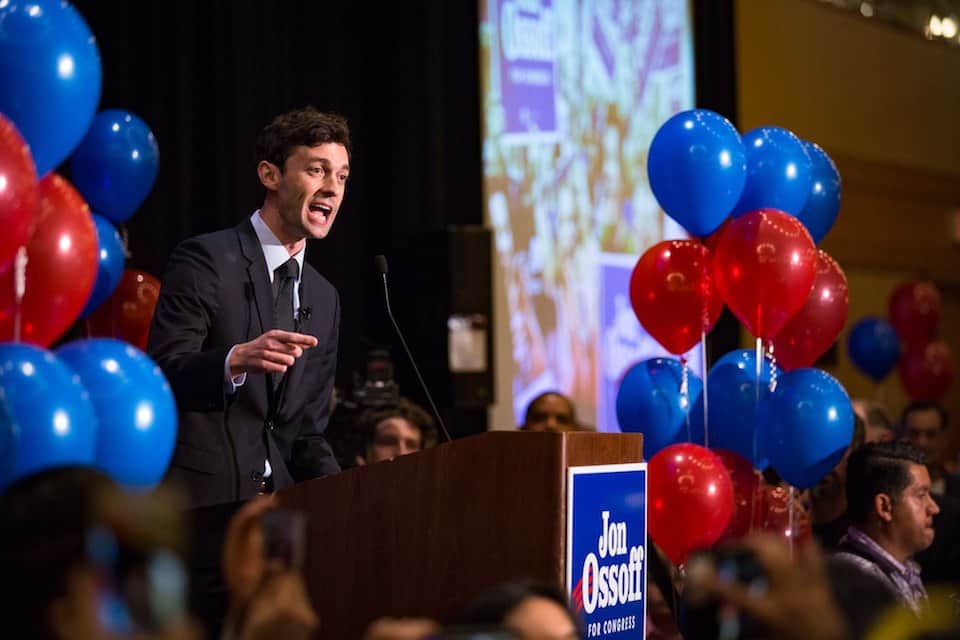 A new survey by Public Policy Polling suggests Democrats are far more excited about the 2018 elections than Republicans — an early sign that the passion of the resistance could lead to a wave election and spell huge trouble for the GOP.

Ever since Donald Trump landed in the White House and Republicans seized full control of the federal government, Democrats have been expressing their outrage, flooding their representatives with phone calls, and staging enormous nationwide protests like the Women's March and the Tax March.

But one of the most seismic shifts in the wake of Trump's victory is the backlash against Republicans in elections all over the country.

Republicans nearly lost a House race in Kansas and are locked in a neck-and-neck runoff in Georgia, both traditionally safe GOP districts that never should have been competitive. They failed to flip state legislatures in Delaware and Connecticut after pouring investment into both. They lost a state House race in Pennsylvania to Democrats even though the Republican was the only candidate on the ballot. Meanwhile, Democrats swept elections in conservative, rural towns in Illinois, defeated pro-Trump school board candidates in New Mexico, and just this week flipped a county clerkship in Virginia, despite being outspent 4-1.

Now, a new poll from Public Policy Polling confirms the reason for the recent strength of the Democratic Party — and the results bode very well for Democrats' prospects in 2018.

First, Democrats have a decisive edge in the generic congressional ballot, 47 to 41. To put that in perspective, simple math suggests that structural factors like gerrymandering and urban packing bias the House in favor of Republicans by about 5 points — and Democrats are leading by 6 points.

But these results are even better for Democrats than they look at first glance, because not every respondent in the generic congressional poll is equally likely to vote. PPP also found that 63 percent of Democrats are "very excited" to vote in the 2018 midterm elections, in contrast to only 52 percent of Republicans. Democrats hold a whopping 19-point lead among "very excited" voters, 57 to 38.

PPP goes on to show numerous other findings that suggest why Democrats are so strong. Trump is polling at 43 percent, Speaker Paul Ryan at 30 percent, Senate Majority Leader Mitch McConnell at 24 percent. Trump's senior strategist Steve Bannon is polling at a rock-bottom 21 percent, and a plurality of voters want him fired.

Meanwhile, the Affordable Care Act, which Trump and Republicans are still desperate to repeal after their failed attempt earlier in this year, has a net positive rating of 16 points, and voters resent GOP efforts to repeal it.

It is increasingly clear that the public is turning on the agenda of Trump and his Republican allies in Congress. The enthusiasm expressed by Democratic voters, which PPP calls a "national phenomenon," is already carrying Democrats to victory in local races and turning solid GOP seats into battlegrounds. And if PPP's numbers are any indication, the resistance is only beginning.