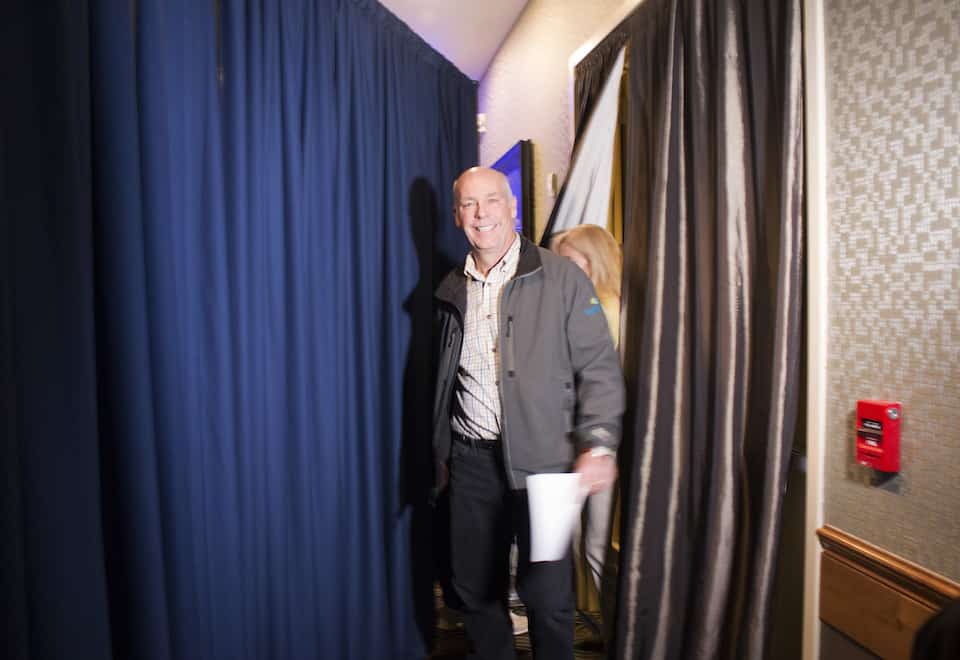 On Thursday, Republican tech millionaire Greg Gianforte pulled off a win in Montana's special election, despite making national news for assaulting a journalist — an insidious act for which he refused to apologize until after he had won.

The special election for Montana's at-large Congressional District was a strange and unpredictable affair from the beginning, with Democrat Rob Quist, a celebrity folk singer, facing off against Republican Greg Gianforte, a tech millionaire with ties to white nationalists, hate groups, and Russian oil companies.

Gianforte carried the night, as expected, given that Montana has not sent a Democrat to the House in 20 years, but not without an explosive final 24 hours of the race that already casts a dark cloud over his victory.

Just one night before the polls opened, Gianforte violently assaulted Guardian reporter Ben Jacobs, who asked him about the House Obamacare repeal during an event in Bozeman. According to audio footage and witness testimony of Fox News reporters, Gianforte grabbed Jacobs by the neck, threw him to the floor, and punched him in the face, breaking his glasses and putting him in the hospital.

The incident sent the media reeling. Montana newspapers pulled their endorsements of Gianforte, and the Gallatin County sheriff — himself a donor to Gianforte's campaign — charged him with misdemeanor assault.

Commentators debated furiously whether Gianforte's attack would affect the election, given 37 percent of registered voters had already cast absentee ballots, and 66 percent of issued absentee ballots were already returned. Meanwhile, the Montana Secretary of State's office was receiving calls from people asking to change their vote, even though this is not allowed under state law.

These people, however, were a minority. Most Republicans ended up turning out for Gianforte anyway, and he won the election by 7 points.

Gianforte's campaign initially released a statement after the incident, accusing Jacobs of attacking Gianforte and blaming the incident on "this aggressive behavior from a liberal journalist." But after Gianforte won, he finally acknowledged his own actions and offered a belated apology:

Perhaps Gianforte viewed his violent attack as an asset to his campaign, rather than a scandal that would threaten his chances at the last minute. Or perhaps he feared acknowledging his assault before polls closed would cost him voters. Either way, his treatment of Jacobs and his defense of his own actions was reprehensible.

As was the response from Republicans in Congress, who either praised or made jokes about the incident or seemed to reserve judgment until they knew whether it would affect the election. House Speaker Paul Ryan said that the assault would not prevent him from seating Gianforte, glibly stating, "I'm going to let the people of Montana decide who they want as their representative."

Gianforte's assault did not happen in a vacuum. Donald Trump, himself a great supporter of Gianforte, spent his campaign and so far, his presidency, inflaming public hatred of journalists, calling the press the "enemy of the people." As Joe Scarborough noted the morning of the election, physically attacking a reporter "is not a big leap from what the head of the Republican Party is saying every day."

Ultimately, the only thing more disturbing that Gianforte's violent act was Republicans' willingness to rally around him and normalize him as a politician anyway. Partisan loyalty takes precedence over the most basic forms of human decency. Nothing about this should ever be viewed as normal.