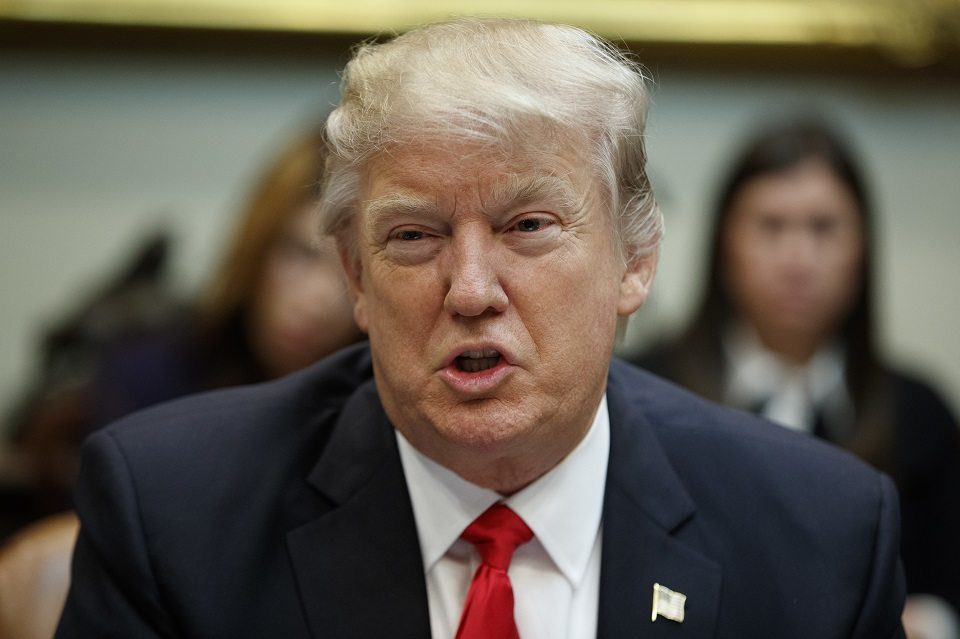 House Democrats are challenging their Republican colleagues to show what side of history they wish to be on: That of Donald Trump and his bolstering of white supremacy, or of the majority of the nation that resoundingly rejects bigotry and hate?

Donald Trump's series of responses to the violent neo-Nazi riot in Charlottesville have run the gamut from tepid and weak-willed to downright unhinged and repulsive.

He blamed "many sides" for the violence, only speaking out against the KKK and neo-Nazis after being dragged to do so, and later doubling down on his initial notion that those opposing the white supremacists were essentially just as bad.

Now House Democrats have had enough, and they are making that clear — and issuing a public challenge to their Republican colleagues in doing so.

New York Rep. Jerrold Nadler, along with Reps. Bonnie Watson Coleman of New Jersey and Pramila Jayapal of Washington, announced a resolution of censure Wednesday against Trump for his remarks Tuesday "reasserting earlier comments that 'both sides' were to blame" in Charlottesville.

And they minced no words whatsoever in their condemnation:

Whereas President Donald Trump has surrounded himself with, and cultivated the influence of, senior advisors and spokespeople who have long histories of promoting white nationalist, alt-Right, racist and anti-Semitic principles and policies within the country;

Whereas President Donald Trump has provided tacit encouragement and little to no denunciation of white supremacist groups and individuals who promote their bigoted, nationalist ideology and policies;

Whereas President Donald Trump has failed to provide adequate condemnation and assure the American people of his resolve to opposing domestic terrorism:

The resolution concludes by calling on Trump "to fire any and all White House advisors who have urged him to cater to the alt-Right movement in the United States" — those advisers including people like former Breitbart head Steve Bannon and Nazi sympathizer Sebastian Gorka.

The measure is set to be introduced in the House during the next pro forma session on Friday.

And House Republicans will have a chance to show the nation their character — or lack thereof.

Will they sign onto the resolution, and back up the statements many of them have made, distancing themselves from Trump's callous ignorance? Or will they cave in to political fears of angering the segment of their base that cheered Trump on?

As Nadler said in a statement to Shareblue Media, "Congress needs to send a clear message that white supremacy and Nazi sympathy is not the official position of the United States government."

"Donald Trump’s attempt to create a moral equivalency between white supremacist, KKK, neo-Nazi groups and those counter-protesting the ‘Unite the Right’ rally is morally repugnant and completely unacceptable from the President of the United States," he continued.

Noting that any refusal to unambiguously denounce these groups "provides tacit encouragement for their bigoted, nationalist ideology and policies," Nadler pressed the urgency for supporting the censure.

"With President Trump’s re-assertion that 'both sides' were to blame, Congress must publicly censure and condemn the President for his conduct."

House Republicans are being handed an opportunity to stand on the right side of history — or to hide behind Trump and his white supremacist friends and supporters.

It should not be a difficult decision.