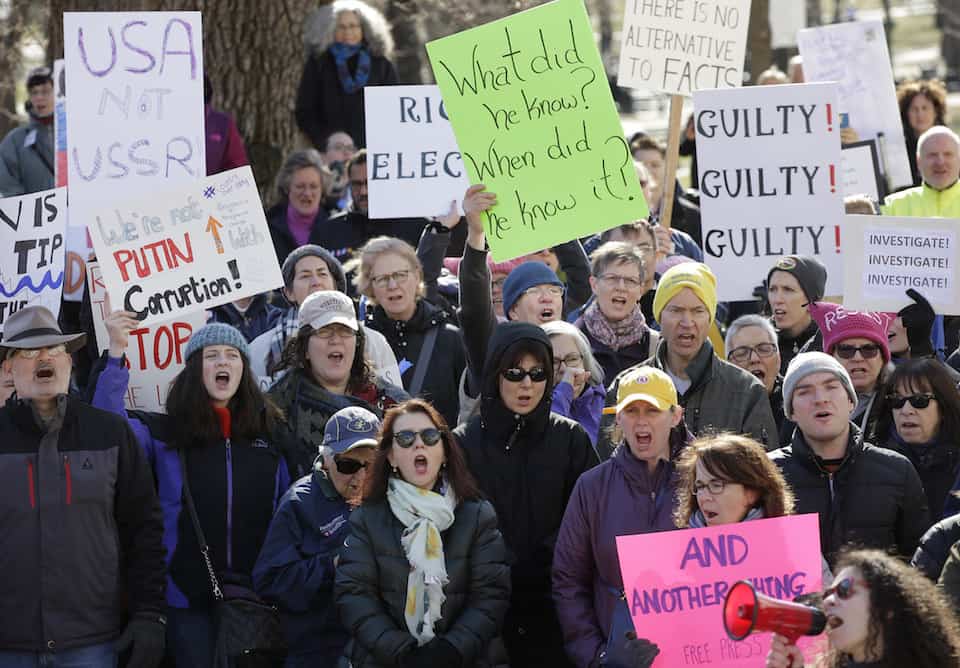 On June 3rd, Americans across the nation will take to the streets, marching to demand answers and transparency regarding the investigation into Russia's interference in our election and their ties to Donald Trump.

Despite Donald Trump's efforts, Americans are not backing down from demanding answers regarding Trump's ties to Russia and that country's meddling in our presidential election.

And the shocking revelation that Trump gave classified information to Russia only adds to the urgency and raises even more questions about his relationship with that country.

The March for Truth movement calls for "urgency and transparency in the investigation into Russian interference in the 2016 election and ties to Donald Trump and his associates" and is organizing marches on June 3rd to put pressure on the government to take action.

"We are positively overwhelmed by the level of support," Jordan Uhl, a national organizer of the March for Truth, told Shareblue. "When we launched March For Truth we never imagined it would get this big, but we now realize what we’ve tapped into. Americans are tired of having their concerns ignored. They're fed up with Trump saying 'nobody cares' about his alleged Russian collusion and calling the story 'fake.' Thousands, maybe even millions, of people nationwide are coming together to prove him wrong."

With more than two weeks still to go, concerned Americans in more than 70 cities have organized simultaneous marches in their areas.

The group lists four demands for its June 3rd demonstrations: Appointment of an independent, nonpartisan special prosecutor; the public release of as much information as possible, as soon as possible; Congressional legislation requiring Donald Trump release his tax returns and "clarify his business interests and obligations to any foreign entity"; and the prosecution of any crimes or collusion, if evidence supports doing so.

OurStates joins the March For Truth in demanding an independent investigation into Russian interference in the election and the role Trump played in it. We need to get to the truth, so that we can ensure all of those involved in hacking our election are held accountable

When contacted by Shareblue, Leah Greenberg, Chief Strategy Officer of Indivisible Project, commented, "Indivisible groups across the country are proud to join the March For Truth and demand that their members of Congress do the right thing. The integrity of our democracy depends on it."

As the overwhelming majority of the Republican Party continues to put party over country, and to issue the meekest of responses to his egregious leaks of classified information, the American people are preparing to take to the streets once again in defense of our republic and the democratic principles upon which it is founded.