Home National Morning Joe asks what Putin has on Trump: 'It must be extraordinary.'
Support progressive journalism.
Donate today 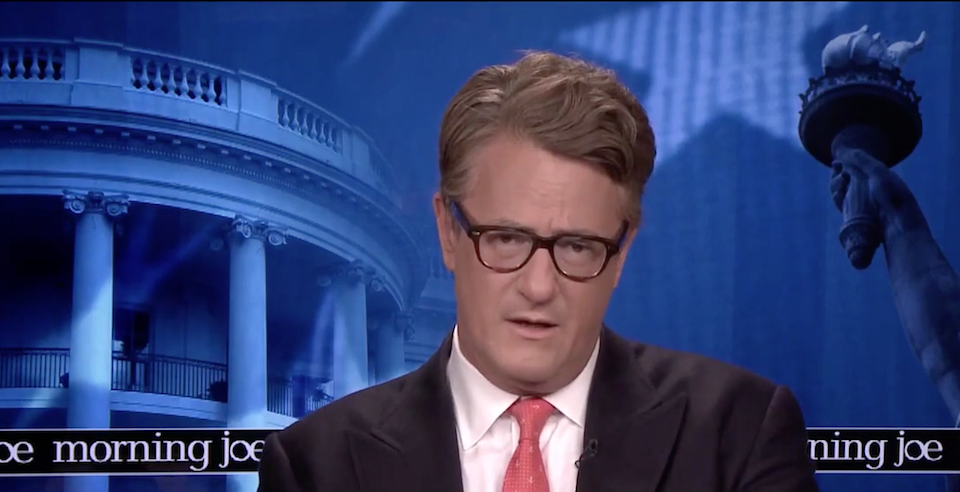 "Morning Joe" host Joe Scarborough examined Donald Trump's strangely deferential attitude toward Vladimir Putin, pointing out that he has insulted everyone else in the world.

MSNBC host Joe Scarborough pointed out that "the only person" Donald Trump has refrained from insulting is Vladimir Putin. Guest Donny Deutsch noted that the most logical response to Trump's deferential behavior is that "he clearly owns him."

Scarborough noted that Trump "at some point in his life has insulted everybody around him," in the "harshest" of terms, including his own children. But despite Putin's interference in the election, and his repeated insults — both verbal and diplomatic — Trump refuses to hit back. He described the failure to attack on Trump's behalf as "extraordinary."

SCARBOROUGH: You know, Donny Deutsch, we've both known Donald Trump for some time. And somebody noted yesterday, and you've seen it first hand, that Donald Trump at some point in his life has insulted everybody around him, in the harshest of terms, including his own children. The only person that any of us that have followed him for some time, the only person that I certainly can think of he has never insulted, that he has never attacked, is Vladimir Putin. Which again raises the question, and I will ask the question again on TV: What does Vladimir Putin have on Donald Trump? Because whatever it is, it must be extraordinary. [...]

DEUTSCH: "He clearly owns him."

Trump's refusal to criticize Putin once again made headlines when he belatedly commented on Putin's decision to expel 755 American diplomats and support personnel from Russia, in response to the sanctions bill passed in Congress and signed into law. Instead of harshly responding to the major diplomatic insult, Trump said, "I want to thank him. We’re trying to trim down on payroll. Greatly appreciate that."

As Scarborough pointed out, the contrast with his venom toward others is remarkable. On the same day Trump treated Putin with kid gloves, he engaged in a full-force attack on his fellow Republican, Senate Majority Leader Mitch McConnell. He complained that McConnell had failed to pass health care reform, argued that he should cut short his holiday, and hinted that he might favor removing McConnell from his leadership position.

Additionally, Trump and his ally, billionaire Robert Mercer, are targeting Sen. Jeff Flake (R-AZ), who has been somewhat critical of Trump while still voting for his agenda. Even though Arizona has become an increasingly competitive state for Democrats — Trump beat Hillary Clinton there by only 3.57 percent — Trump is on the attack within his own party.

Yet he cannot be bothered to express any outrage or indignation toward Putin, and has been far more conciliatory towards the hostile Russian leader than he has been with closer allies like Germany and France.

As Deutsch said of Putin's relationship with Trump, "He clearly owns him."