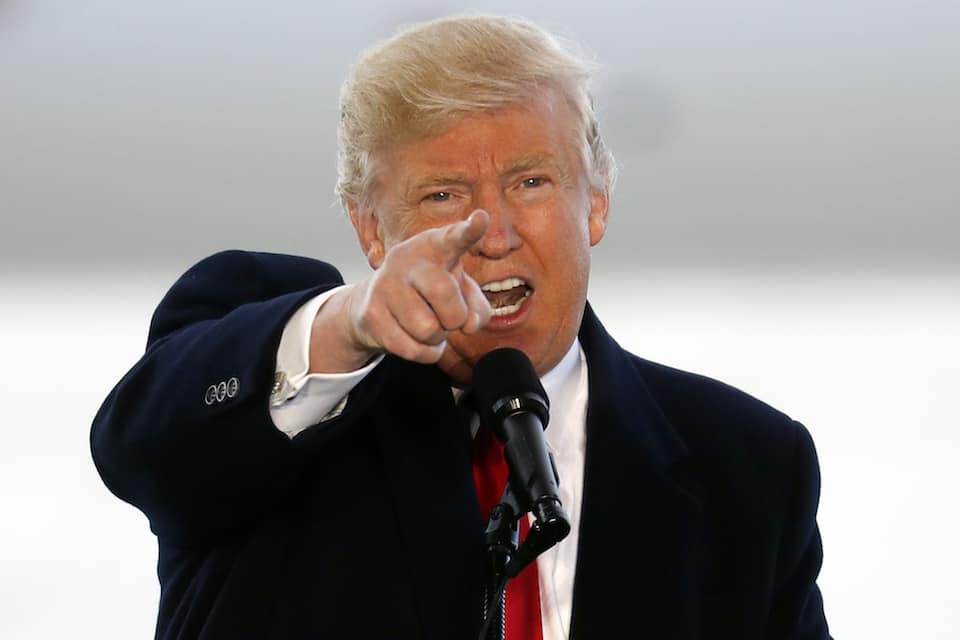 On Wednesday night, the night before the special House race in Montana, Republican candidate Greg Gianforte assaulted a reporter who dared to ask him about his position on the Republicans' plan to repeal health care. Welcome to Trump's America.

It is disgusting, but not exactly surprising, that a Republican candidate would think it appropriate to physically assault a reporter for asking questions. After all, Donald Trump spent his entire campaign attacking the press and encouraging violence against those who criticized him.

And on Wednesday night, Greg Gianforte, the Trump-endorsed Republican candidate in the special election for Montana's sole House seat, took Trump's attacks on the press to their logical and physical conclusion. According to reports, audio, and eye-witness accounts, Gianforte brutally assaulted Guardian reporter Ben Jacobs for daring to ask Gianforte about the Republican plan to repeal Obamacare.

As Morning Joe host Joe Scarborough rightly stated, "This is not a big leap from what the head of the Republican Party is saying every day and what happened last night in Montana."

.@JoeNBC: "This is not a big leap from what the head of the Republican Party is saying every day and what happened last night in Montana." pic.twitter.com/Mds9GPcfI2

Yesterday we joked about being able to draw a straight line from Donald Trump to some of the things that he's being investigated for. You can draw a straight line from Republican candidates thinking that sort of behavior is OK. We have Donald Trump berating reporters throughout the entire campaign, saying — suggesting terrible things, calling them — using the Stalinist term "enemy of the people," a term so offensive even in the Soviet Union that Khrushchev outlawed it after Stalin died.

You have Katy Tur being berated. You have, well, Mika Brzezinski being berated by Trump. You have CNN, all of CNN. It's dangerous for CNN reporters to go into those arenas because Trump is whipping people into a frenzy. This is not a big leap from what the head of the Republican Party is saying every day and what happened last night in Montana.

Gianforte is hardly the only example of this kind of hostility against the press. As HuffPost senior media reporter Michael Calderone noted, "In the past two weeks, reporters have been arrested, pinned against a wall, and now body slammed — all for trying to ask a question."

The American Civil Liberties Union of West Virginia responded to the Gianforte assault on Facebook, writing that the attempts to subvert the free press, even through violence, "is the result of the climate created by the president of the United States who has shown utter contempt for a free, independent press. We must protect the First Amendment."

The Trump administration is perhaps the most corrupt administration in our history. The Republican-controlled Congress continues to cover for him and his team, slow-walking investigations into whether the Trump campaign colluded with Russia. The founding principles of our democracy are at risk — a point former CIA Director John Brennan made, quite elegantly, during his testimony to the House Intelligence Committee earlier this week.

The free press has never been more critical to our nation's survival. As the ACLU wrote, we must protect our First Amendment and those who are doing the necessary — and dangerous — work of holding our government accountable.