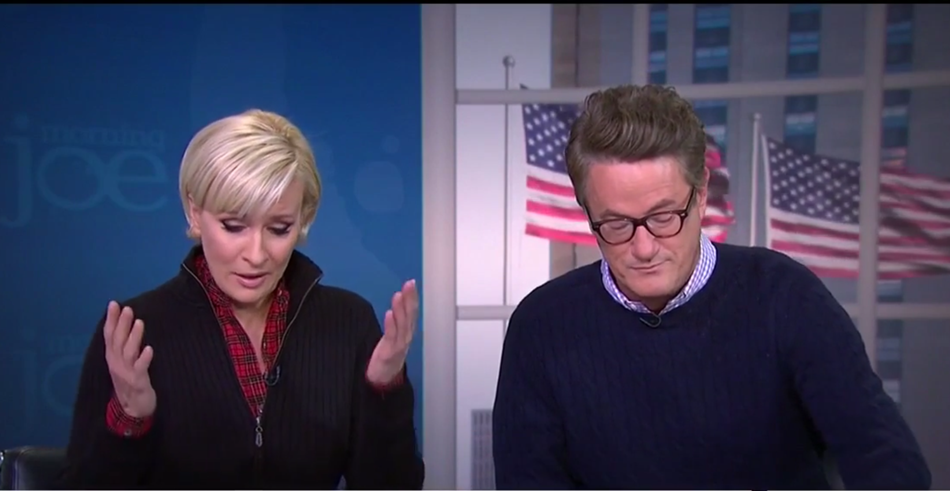 October is off to a strong start for Hillary Clinton's campaign, and her corporate media detractors at Morning Joe aren't happy about it.

Politically, it has been a good early October for Hillary Clinton, and an equally disastrous one for Donald Trump. Monday saw the release of a poll that showed Clinton with an 11-point lead in a 4-way race.

All of this has been too much for MSNBC's Morning Joe hosts, who spent Monday morning insisting that Trump had won the second debate on the supposed strength of his "epic" promise to illegally have Clinton imprisoned if he wins:

Tuesday morning saw the crew accusing their own network of "cooking" the NBC News/Wall Street Journal poll that showed Clinton with a 14-point lead over Trump in a two-way race:

Finally, there was Joe Scarborough asking his panel if the race is over, and giggling gleefully when Bloomberg's John Heilemann raised the prospect of Clinton being hit by a bus:

No matter what Trump does or how clearly Clinton bests him, there will always be a throng of corporate media types willing to say whatever necessary to try to make him competitive.