Home National Most senior member of US Senate to Jeff Sessions: You lied, and...
Support progressive journalism.
Donate today 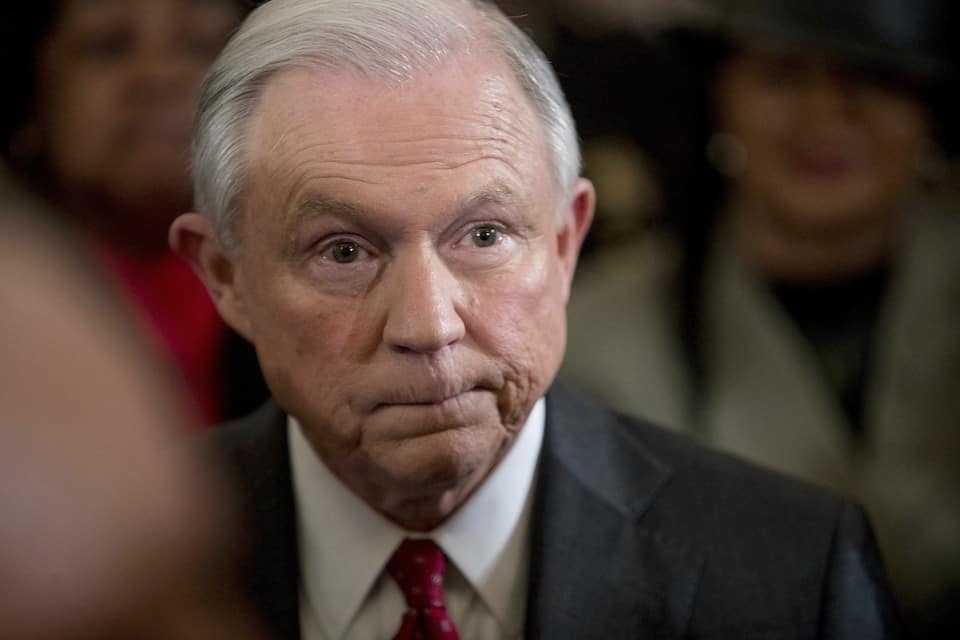 Attorney General Jeff Sessions lied to the Senate about his ties to Russian diplomats at his confirmation hearing. Sen. Patrick Leahy (D-VT) reminded Sessions that he cannot hide from the issue.

As the Russia investigation continues to heat up, Attorney General Jeff Sessions was scheduled to follow former FBI director James Comey and testify before the Senate on Tuesday.

But on Saturday, he abruptly canceled that public testimony in favor of a closed-door hearing instead, sparking outrage from Senate Democrats.

The most senior member of the Senate, Patrick Leahy (D-VT), expressed his indignation on Twitter — and in the process, reminded everyone why Sessions's actions matter:

Atty Gen. Sessions provided false testimony in response to questions from me and @SenFranken about his contacts with Russian officials. (1)

(2) Now, twice in 2 mos., AG Sessions cancels an Approps hg in which I could Q him about his false testimony and half-hearted Russia recusal

3) My mssg to AttyGen Sessions: Approps & Judiciary have oversight of DOJ. You need to testify before both in public. You can't run forever.

Leahy is correct: The last time Sessions addressed the Senate, he allegedly lied under oath.

During the confirmation hearing, Sen. Al Franken (D-MN) asked Sessions whether he was aware of any connections between members of the Trump team and Russia. Sessions not only denied this, he proceeded — unprompted — to say he personally had no contacts with Russia. He gave the same answer in response to Leahy's written question.

But it was subsequently revealed Sessions actually had two secret meetings with Russian ambassador Sergei Kislyak. And in a closed hearing last week, Comey stated Sessions and Kislyak may have had a third meeting.

At the time that word of the first two meetings got out, many lawmakers warned Sessions' lie could constitute perjury. But perjury is an incredibly difficult charge to prove, and Sessions himself runs the law enforcement agency that investigates perjury.

The matter was later dropped.

Sessions was allowed to keep his job, and simply promised to "recuse himself" from any case involving Russia — a promise he swiftly broke when he advised Trump to fire Comey in the middle of the Russia investigation.

While he may be safe from prosecution or dismissal under Trump, Sessions must know he is damaged goods. The moment he goes before the Senate, he will open himself to questioning from Democrats about his wrongdoing and lies, which is why he cannot bring himself to do it publicly.

Leahy will not let his cowardice go unanswered — and nor will the American people.