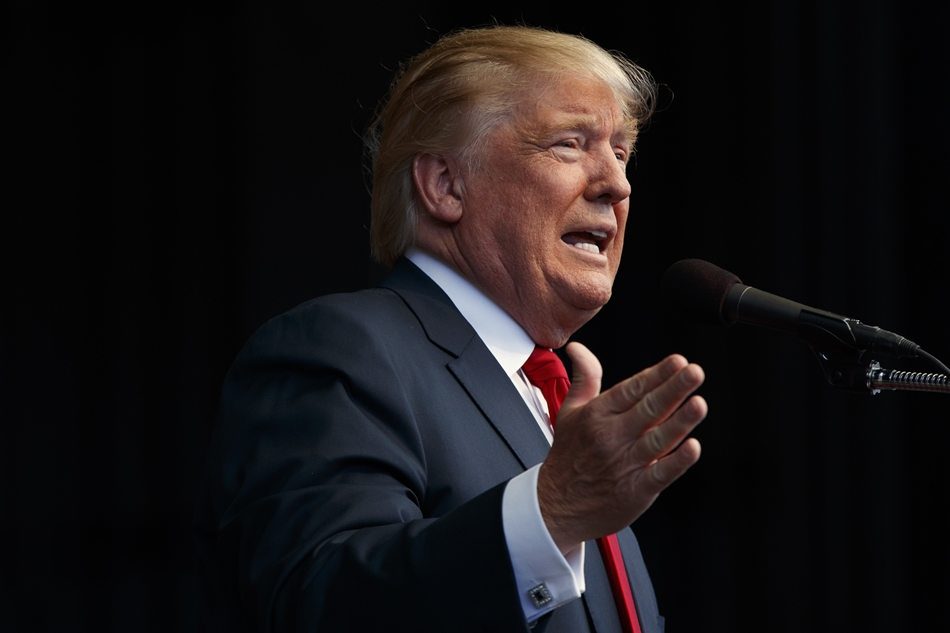 The fallout continues from the bombshell revelation that Donald Trump may have avoided paying federal taxes for 18 years after declaring a monumental loss in 1995. The Trump campaign's spin is that his deductions were legal and the mark of a financial "genius." That absurd talking point ignores the mounting evidence of potential illegalities in his tax filings, particularly with regard to the Trump Foundation.

The political world is still digesting the bombshell New York Times report that showed Donald Trump declaring a $915,729,293 loss in 1995, which enabled him to avoid paying federal taxes for up to 18 years.

Trump campaign surrogates have fanned out to spin his epic loss as a sign of his supposed "brilliance." Meanwhile, in the real world, a poll shows that 8 in 10 Trump supporters think paying taxes is a "civic duty."

But there is a more sinister aspect to Trump's tax machinations: Growing evidence suggests that Trump did more than just claim large deductions. Lost on the night of the first presidential debate was a Washington Post report that he had repeatedly funneled taxable income directly into his "charitable" Trump Foundation, without any indication that he had paid the taxes he owed on it.

Washington Post reporter David Fahrenthold also tracked down a six-foot painting of Trump that the Republican candidate paid for with charity money, not to mention various times he used his foundation's money to settle legal disputes. Both are apparent violations of tax law, and neither have been adequately explained by the Trump campaign.

There's more. We recently discovered that Trump bartered for a $1.5 million wedding ring, but we have no way of knowing whether he declared that financial consideration as the taxable income it is, because he hasn't released his tax returns.

Even more shocking is this story from Forbes that was published (and forgotten) in March:

Back in 1986 and likely for many years before, Donald Trump colluded in tax evasion with Bulgari Jewelry Store in New York, a high-end posh location with tony clientele right out of Lifestyles of the Rich and Famous. Here’s how the scam worked:

Trump would go into the store with his wife, his girlfriend, his…whatever (to use his vernacular). He would then buy her an expensive necklace or wristwatch. Normally, such a transaction would face the New York city and state sales tax, which would be pretty high on luxury jewelry.

In an illegal attempt to evade the tax, Trump “asked” the store to instead ship the jewelry to an out of state location, where no New York sales tax could be collected. In fact, the store would merely send an empty jewelry box to the location, while Trump and his lady friends walked out the door with the jewelry that very day.

The state and city tax collectors eventually caught onto this scheme, and Trump promptly testified against his erstwhile tax evasion colluding partners at the jewelry store in order to save his own skin.

This isn't about presuming Trump is guilty until proven innocent, it is to argue that there is much more being alleged about his tax schemes than just a colossal write-off.

The corporate media seem to have largely bought into Trump's talking points, prematurely absolving him of any illegal activities:

Instead of asserting that Trump did not engage in tax evasion, journalists should follow the trail of evidence that indicates he may have intentionally dodged taxes.