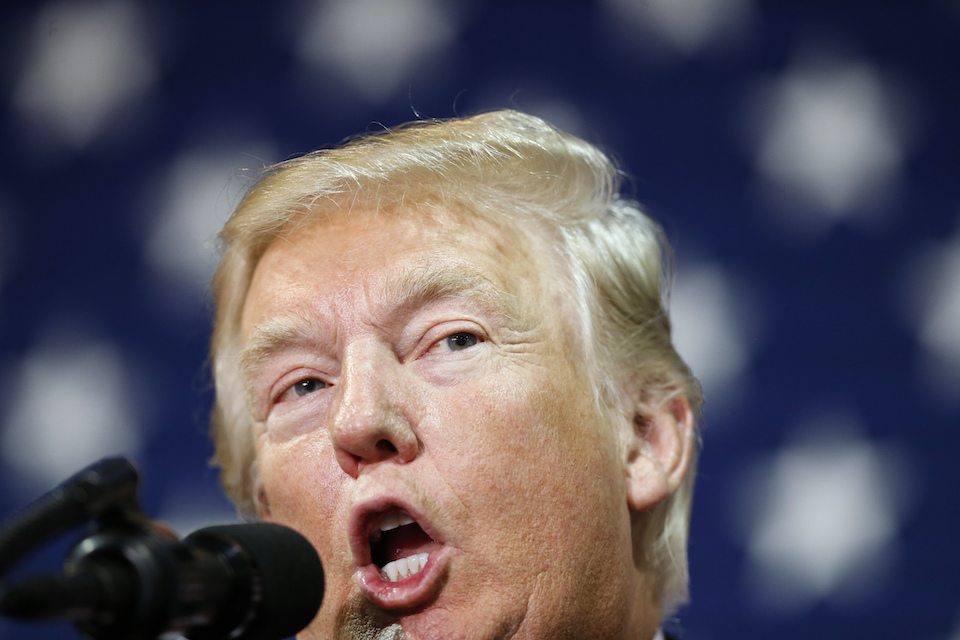 Donald Trump's approval with voters is tanking as he fails and flails during his first major crisis in office. Meanwhile, Obamacare, which he tried so hard to destroy, has never been more popular.

Donald Trump has continued his collapse in opinion polling, with it becoming clear that "Mr. 30 Percent" is only supported by a small percentage of the country.

At the same time, Obamacare survived Trump's attempt to kill it and has surged in popularity to an all-time high.

A new poll from NBC News shows Trump with an anemic 39 percent approval rating, while 59 percent of Americans disapprove of his performance. Diving into the numbers, NBC noted that again and again, Trump support was in the 30s, leading the network to describe him as "Mr. 30 Percent."

Only 36 percent have a favorable impression of him, and a mere 34 percent agree with his decision to pardon the criminally racist former sheriff, Joe Arpaio. A large majority — 60 percent — do not.

Trump's pardoning of Arpaio isn't the only unpopular thing he's done lately. He has threatened to undo DACA, implemented under President Barack Obama to allow undocumented immigrants who came to the United States in children to remain here. But 64 percent do not support throwing families and children into chaos, as Trump wants. Only 38 percent agree with him that immigration hurts more than it helps.

Trump's embrace of racism and hate is tearing America apart, according to 56 percent of the voters in a Fox News poll. That survey, despite its conservative pedigree, also showed Trump's 30 percent problem. Only 33 percent told the network they believe he is bringing the country together, and Politico noted, "A majority of voters did not approve of Trump’s handling of any of the major policy areas covered in the poll."

Another poll, from CBS, shows that despite — or perhaps because of — Trump's efforts, along with Speaker Paul Ryan and Majority Leader Mitch McConnell, to kill Obamacare, it is polling at an all-time high. The health care law has support that Trump would be envious of: 52 percent support it, which is up 10 percent from a year ago.

The pattern holds at Gallup as well, where Trump has spent the last 10 days at 35 percent approval or lower, even as pollsters have been speaking to voters during his response to Hurricane Harvey. Natural disasters have traditionally been a situation where presidents are able to connect with people. Trump instead seems to be emulating the pattern of President George W. Bush, as his callous response to the storm keeps his support under water.

Trump isn't reaching out beyond the diehard base who believe in his lies and racism, and that is showing up across the board in opinion polling. Trump is in every way Mr. 30 Percent, and it is extremely plausible that the situation could get worse.