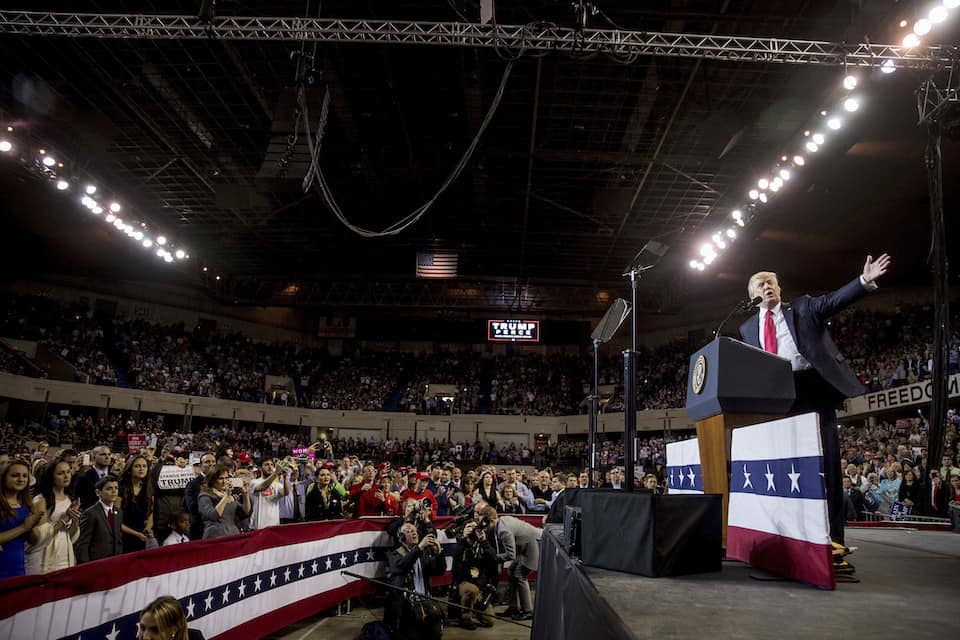 After spending nearly a year carrying Donald Trump rallies live, raw lies and all, legitimate cable news networks have finally wised up and discontinued the practice, at least for one day.

After a disastrous political day that saw FBI Director James Comey confirming an ongoing investigation into Trump campaign "coordination" with Russia and shooting down Trump's lie about President Obama, Donald Trump took solace in a crowd of supporters at a "Make America Great Again" campaign rally in Louisville, Kentucky. There was one major difference, however, between this Trump rally and nearly every other such gathering, dating back to the presidential campaign.

Viewers who tuned in to cable news networks expecting to see Trump's staged spectacle were treated to very different programs, depending on which network they chose:

MSNBC pretty much completely ignored Trump's rally, while CNN shunted Trump off to a side-screen just in case he said something about the Comey hearing (he didn't), and talked over him the whole time.

Fox News and Fox Business Network, however, carried the rally live, which puts them ahead of even the White House's own Youtube channel, which did not carry the political event.

After broadcasting hours of Trump's blatant lies, misogyny and insidious xenophobia, live and uncut, legitimate news networks are finally wising up. If this trend is a sign of things to come, it would be welcome, if inexcusably late.