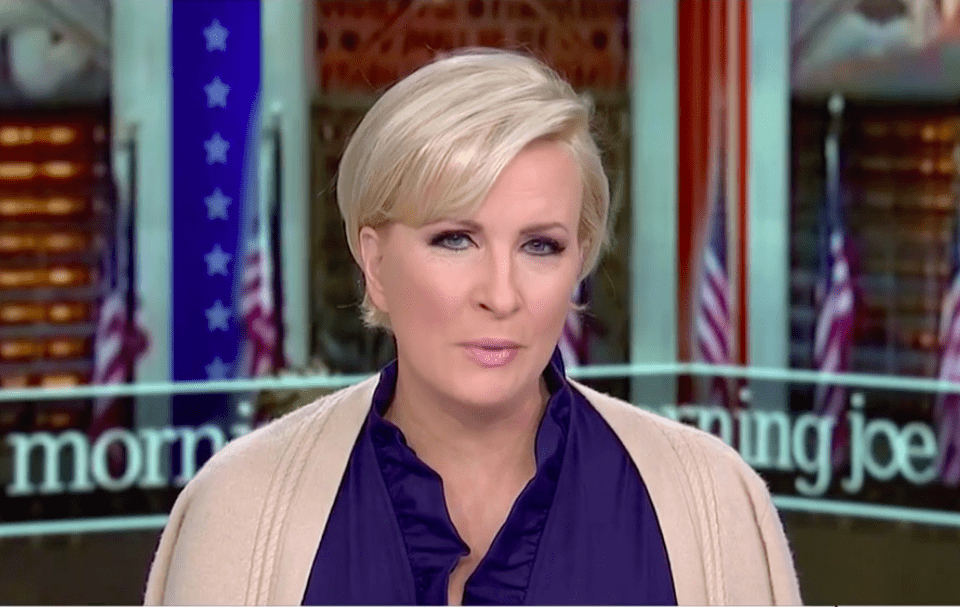 Mika Brzezinski did not hold back in her assessment of the way some male Republicans have been treating Sen. Kamala Harris during hearings.

California Democratic Sen. Kamala Harris has proven to be an astute and forceful questioner during Senate committee hearings.

Harris, a freshman senator and the former attorney general of the state of California and district attorney of San Francisco, is knowledgable on a wide array of topics related to the law and the intelligence community. And she is undaunted by the powerful figures she encounters during committee hearings.

But that fortitude has apparently rankled some of her male colleagues across the aisle.

Twice in one week, Harris was admonished and shushed by male Republicans when she attempted to get real answers out of people like Attorney General Jeff Sessions and Deputy Attorney General Rod Rosenstein.

She was even told to show more "courtesy" during her questioning.

When male pundits labeled Harris as "hysterical," CNN's Kirsten Powers called out the sexist connotation of such a word, and the hypocrisy in applying it to Harris while allowing similarly energetic questioning by male senators to go uncriticized.

And as Media Matters noted, Morning Joe's Mika Brzezinski had another sharp take to add:

SCARBOROUGH: You know, Mika, another interesting thing that happened, and I have a feeling that you may want to talk about this because you talked about it before. But the junior senator from California, Senator Harris, once again called out by men on the committee because they thought that she was too assertive. Last night, on a network, she was called hysterical when, of course, Ron Wyden was very aggressive. Nobody called him hysterical or condemned him.

BRZEZINSKI: Jeff Sessions was quite colorful.

SCARBOROUGH: Yeah. Jeff Sessions was colorful and indignant. And [imitation] 'How dare you, sir? Beauregard does not answer questions like that.' And nobody called him hysterical? But they called Kamala Harris hysterical for the second week in a row!

BRZEZINSKI: This is a secondary story given the seriousness of the nature of the questions being asked, but it's an important story. The differences between what is expected and what is allowed between men and women, even on the national stage when the cameras are on them and there should be at least an attempt at equality, is pathetic. And Kamala Harris will be our guest this morning, and I can't wait to talk to her about that, and also about the questions that she's trying to ask in the middle of being told that she's rude by a lot of rude, white older men.

It is absolutely crucial to note, as Brzezinski did, that the nature of the insult was two-fold: Harris is a Black woman being rudely and singularly admonished by the white men around her.

Women are often labeled with negative, coded terms like "hysterical" whenever they display any emotion, particularly anger or frustration.

And Black women in particular are subjected to this. The stereotype of the "angry Black woman" is a toxic one with which even powerful, beloved figures like Oprah Winfrey and former First Lady Michelle Obama have had to contend in the public eye.

Harris showed no anger or "hysteria." She was not out of line in any way. She was doing the job that Californians elected her to do — and no differently than the men alongside her, as the Morning Joe panel noted.

If Republican men cannot handle a strong, intelligent, and unflappable woman like Harris without resorting to insults and silencing, perhaps they are the ones who could use a lesson in "courtesy."