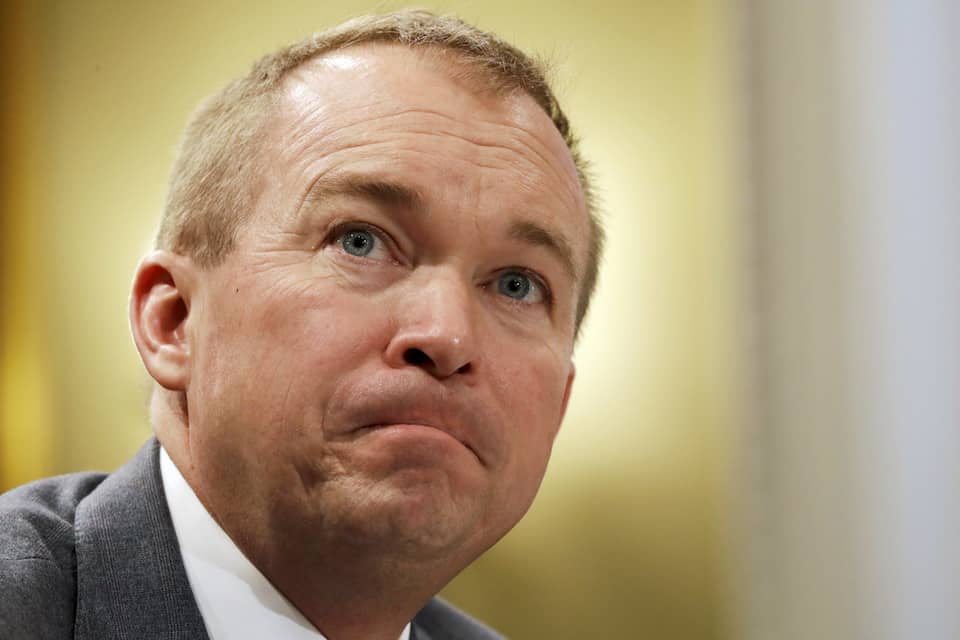 In a shocking display of outright cruelty, Mick Mulvaney, Donald Trump's budget director, explained to a congressional committee why he supports a draconian budget that would significantly cut critical programs, including food stamps: to benefit his "grandchildren who aren't here yet."

Donald Trump's proposed budget is a despicable attack on America's most vulnerable citizens: women, the working class, children, and even people on disability.

In a shocking exchange with Rep. Barbara Lee (D-CA), Trump's budget director, Mick Mulvaney, revealed a stunning contempt and lack of compassion for struggling everyday Americans, including the 44 million Americans who depend on Supplemental Nutrition Assistance Program (SNAP), otherwise known as food stamps.

Mulvaney is far more concerned about the debt his "unborn grandchildren" would inherit than the actual living children who would go hungry without government assistance.

LEE: Mr. Mulvaney, at least 20 percent of people eligible for SNAP don't even receive SNAP because of stigma and other reasons. So there are more people who need SNAP benefits.

MULVANEY: That may be. Let me deal with the — every American deserves a decent standard of living. Does that include our kids?

LEE: And you have a 13 percent cut in the Department of Education. The most vulnerable kids who need—

MULVANEY: What about the standard of living for my grandchildren who aren't here yet? Who will end up inheriting $30 trillion in debt? Fifty trillion dollars in debt? A hundred trillion dollars? What about their standard — who's going to pay the bill, Congressman? That's what this is all about. That's what this new perspective is. Who is going to pay for all the stuff you just mentioned? Us? Or somebody else? And I suggest to you if it's important enough to pay, to have, then we need to be paying for it. Because right now, my unborn grandchildren are paying for it, and I think that is morally bankrupt.

LEE: I have grandchildren also, and I want to make sure that they have the opportunity to get a job, so they can help pay for our government, which is a government that should be enhancing the standard of living and making sure that everyone has a chance for the American dream.

Trump's administration is hardly unique in its mission to gut some of the most critical programs for working-class Americans in order to give tax cuts to the rich. Speaker Paul Ryan praised Trump's proposed budget and said, "The aspiration and the goal is right on the target."

Among the many other critical programs on the Republican's chopping block are Planned Parenthood, Medicaid, Social Security, the Special Olympics, and even Sesame Street.

That the Trump administration and other Republicans would cut off health care, education, and even food for America's children — in the name of benefiting Mulvaney's "unborn grandchildren" — is cruel and shameful. It is even, to borrow his words, "morally bankrupt."