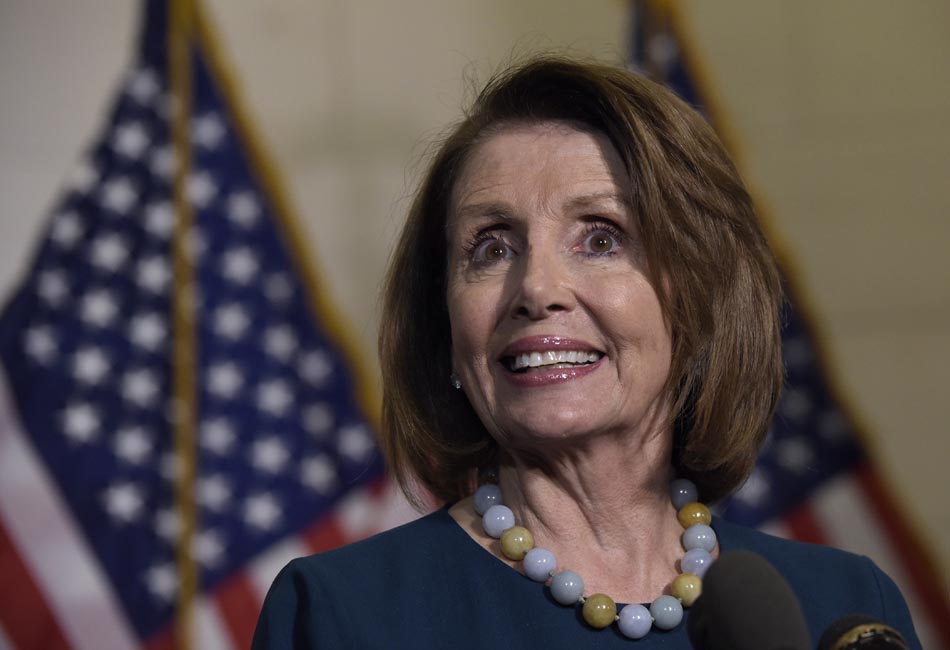 House Minority Leader Nancy Pelosi was re-elected to her post Wednesday — and this is very good news for the Democrats, because her experience and grit make her precisely the kind of leader needed in the Age of Trump.

The party of Donald Trump may relish mocking a powerful and pioneering woman like Representative Nancy Pelosi (D-CA), but their logic, as exemplified by Trump campaign manager Kellyanne Conway, leaves something to be desired:

What a relief. I was worried they had learned from the elections & might be competitive and cohesive again. https://t.co/cvwi0IxLdU

Contrary to Conway's claim that Pelosi's reelection shows Democrats have not learned the lesson of the 2016 election, the opposite is in fact true: By reelecting Pelosi, Democrats have reaffirmed their commitment to progressive values.

Undoubtedly, Republicans would have liked for Democrats to abandon the inclusive politics that earned millions more votes than what Trump and the GOP had to offer, and Pelosi knows it:

Today has a special excitement for me, because I think we're at a time that is well beyond politics. It's about the character of America and how we go forward in our caucus to put forth our values, which are what unite us as a caucus, to differentiate between us and the administration that will come into Washington in January.

To take that message clearly to the public is something that is of historic challenge. The American people see the urgency. We have a responsibility, and we embrace the opportunity that is presented. We know how to win elections. We've done it in the past. We will do it again by making that differentiation.

But again, this is so much bigger than politics. It's about the character of America. It's a responsibility to the people.

The character of America is not to shrink back in the face of the loudest, angriest voices, but to lift up every voice, and to lead toward inclusivity and equality.

Pelosi is the fighter that Democrats need, and she is hopefully an indication that Democrats will reject any inclination to move the party toward the center and away from the ideals for which a majority of Americans voted on Election Day.

More than ever, we need a leader who knows what we are fighting for and will continue to do so with tenacity, no matter what challenges may be in store.