Home National Nancy Pelosi on the fight to save health care: 'If you have...
Support progressive journalism.
Donate today 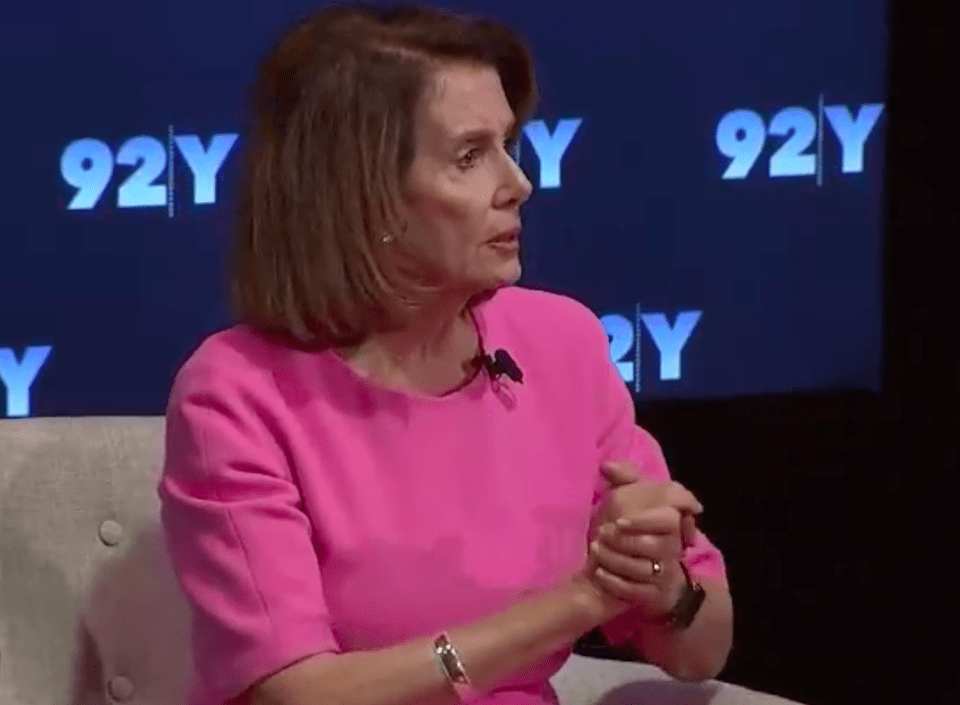 92Y
Get The American Independent in your inbox

Everyone has a personal health care story to tell, and Republicans in Congress need to hear each and every one of them.

In the fight over access to affordable, quality health care, it is easy to get bogged down in the political and to forget about the personal.

But the personal is political, and it is inescapably intertwined with all of the jargon-laden arguments over facts and figures.

And as House Democratic Leader Nancy Pelosi made urgently clear, those personal stories are what truly matter in this fight.

Speaking with MSNBC's Joy-Ann Reid at the 92 Street Y in New York, Pelosi praised the work being done by outside progressive advocacy groups which have amplified the voices of people at risk under the GOP's plan.

"They helped defeat the Republican bill in the House when it lost," she declared, and rightly so.

Pelosi emphasized the critical importance of continuing to raise those voices, and to tell those stories, as the Republican leadership persists in forcing this unpopular bill onto the American people.

And she told one little girl's story that ought to give even the most conservative politician pause in their crusade to upend millions of lives.

PELOSI: Mitch [McConnell] only started this in the dark just a while ago, after he saw how unpopular the House bill was. But just getting back to the groups for a moment, these groups carried that message so strongly on the social media, to town hall meetings, to offices, and the rest, rallies — I mean all over. Without them — we could do our inside maneuvering all we want, but without the outside mobilization of people’s voices — because nothing is more eloquent to a member of Congress than the voice of his or her own constituent, and they amplified those voices.

So, if you have a story to tell about yourself or your neighbor, please go to Facebook, Twitter, whatever, Instagram, any platform that you want. My story that I tell all the time is, there’s a little girl, Zoe Madison Lynn. She was born with a congenital heart disease condition. She had her first heart operation before she was 15 hours old. By the time she was only a few months old, she was halfway — she had three operations — she was halfway to using her whole lifetime limit that the insurance company would pay for. By the time — before she went to kindergarten, she had used it all up. Used up all the — a lifetime of coverage before preschool, before kindergarten, I mean.

So, but the Affordable Care Act — and then she would have a pre-existing medical condition for the rest of her life, which would probably deprive her family, or at least her, to be excluded from any coverage. The Affordable Care Act changed all of that, and her story is not an individual one. Her family — she has the care that she needs, the coverage that she needs, and we cannot take that away from her.

But the stories are most powerful. So if you have a story, please tell it. And if you know of a story, have your friend tell it. But mostly what I want you to do, in addition to that, is call a friend who lives in a Republican state or a Republican district even within this state, and have them say, "This is what this means to me, this is what it means to my daughter, my son, my husband, my mother." Because it’s going to make a tremendous difference.

Every single person has a health care story to tell, either their own or that of a loved one. No amount of money and no position in society exempts you from inhabiting a human body that needs medical care and that is susceptible to illness, injury, or merely the effects of time lived.

It may seem futile to attempt to break through conservative intransigence on this subject. As Pelosi cracked about her Republican colleagues, "You all pray in church on Sunday and then you prey on people the rest of the week."

But it is absolutely worth the effort.

Everyone has a story, and everyone has a right to be heard. And Republicans will hear those voices no matter how much they try to avoid them.