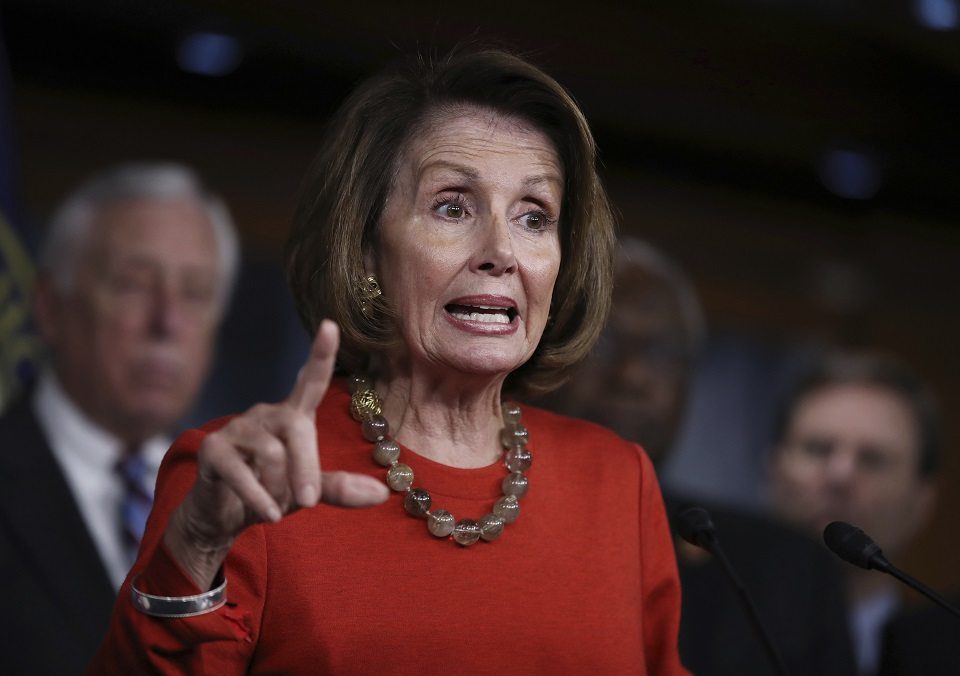 Donald Trump ended his week by going on a Twitter tirade in which he stated as fact the lie that President Obama wiretapped Trump Tower during the presidential campaign. House Democratic Leader Nancy Pelosi (D-CA) rightly called the charge "ridiculous," and made the devastating observation that this is yet more evidence of Trump's authoritarianism.

Donald Trump ended a week that began well for him — then quickly deteriorated — by firing off a series of tweets that did not just allege, but clearly stated as fact, the lie that President Obama had wiretapped his campaign offices at Trump Tower during the presidential election:

Terrible! Just found out that Obama had my "wires tapped" in Trump Tower just before the victory. Nothing found. This is McCarthyism!

Is it legal for a sitting President to be "wire tapping" a race for president prior to an election? Turned down by court earlier. A NEW LOW!

I'd bet a good lawyer could make a great case out of the fact that President Obama was tapping my phones in October, just prior to Election!

How low has President Obama gone to tapp my phones during the very sacred election process. This is Nixon/Watergate. Bad (or sick) guy!

In saying that he had "just found out" about the "wire-tapping," Trump left open the possibility that he had learned this through his access to classified information. Instead, it soon became apparent that Trump was simply parroting right-wing media lies, extrapolated from credible reporting that a FISA warrant had been issued to the National Security Division in the Department of Justice as part of a six-agency investigation of Trump ties to Russia, with the completely fabricated addition that President Obama had ordered it.

Instead of simply admitting this, though, the White House has now actually called for a Congressional investigation into Trump's lie.

House Democratic Leader Nancy Pelosi (D-CA) met Trump's lies, and calls for an investigation, with appropriate derision. In an interview with Jake Tapper on CNN's State of the Union, Pelosi also made the devastating observation that this closed-loop smear of President Obama is yet another example of Trump's authoritarianism:

As one who has been engaged in intelligence and a member of the Gang of Eight for a long time, I can tell you that it's just ridiculous for the president — president Trump to say that President Obama would ever order any wiretap of an American citizen, any president. That's just not — we don't do that. And so this is called a wrap-up smear: You make up something, and then you have the press write about it, and then you say, 'Everybody is writing about this charge.' It's a tool of an authoritarian, to just have you always be talking about what you want them to be talking about. Rather than Russia, we're talking about President Obama do thus and so. He certainly did not.

The media and some congressional Republicans may wish to chase Trump's lies, but all would be wise to heed Pelosi's warning. Every second that is wasted on this absurd falsehood is a second that Donald Trump and his circle are getting away with, at a bare minimum, enjoying the fruits of an election that was, by all appearances, stolen by a hostile foreign government.