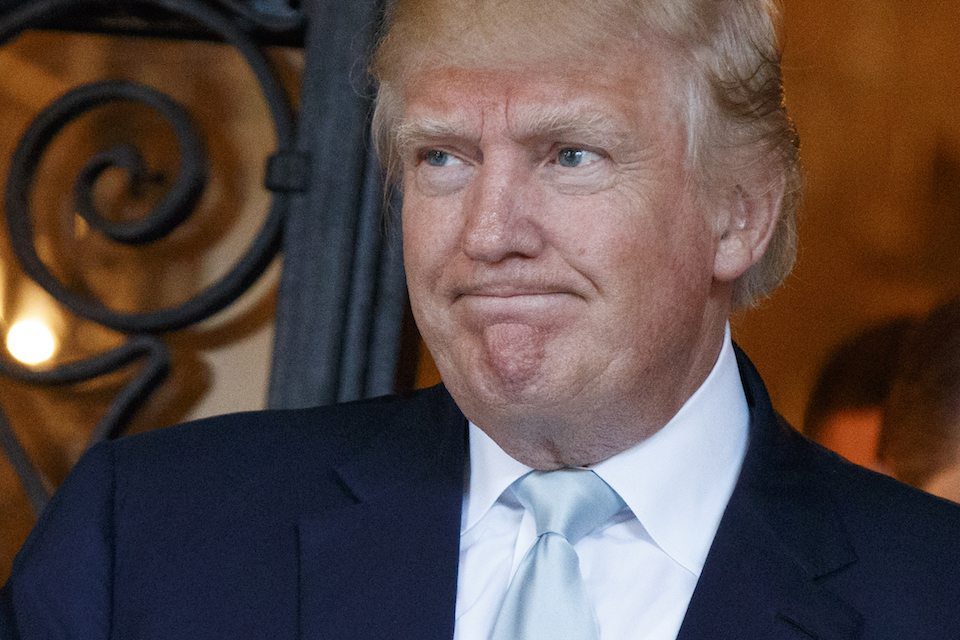 The National Enquirer and its parent company have lost millions of dollars in revenue while promoting Trump and spending thousands to hide his secrets.

The National Enquirer has spent the last three years going all-in for Trump and trying to protect his dirty secrets — but that hasn't paid off for the tabloid.

The Wall Street Journal reports that American Media Inc. (AMI), which owns the Enquirer, has seen revenue down 9 percent in the most recent period that was available (2016-2017). Revenue nosedived even further from 2014 to 2017 and was down 29 percent. Those losses represent millions of dollars.

In that same time frame, the Enquirer became one of Trump's biggest boosters in the media as he launched his presidential campaign. Almost one-third of the magazine's covers since 2016 have featured Trump on the cover, promoting him, or attacks on his political rivals.

During the Republican presidential primary, the Enquirer was the only publication, other than the paper owned by Trump's son-in-law, Jared Kushner, that endorsed him.

Trump and AMI CEO David Pecker have been friends for years, with Trump ferrying Pecker around on his private jet as a perk of their relationship.

An even bigger perk of their relationship? The company's "catch and kill" practice: buying the rights to an embarrassing Trump story and then burying it instead of publishing it.

For example, the company paid former Playboy model Karen McDougal $150,000 for the rights to her story alleging an affair with Trump, then never published it. McDougal recently reached a settlement with the company, which will allow her to speak out without concern for repercussions.

Those payments were reportedly discussed with Michael Cohen, Trump's personal fixer and lawyer. The communications between Trump's representative and the tabloid publisher were allegedly a part of the recent FBI raid on Cohen's home and office.

AMI also paid a Trump Tower doorman $30,000 for his story about Trump fathering a child out of wedlock, and then did not publish it.

Campaign watchdog Common Cause has filed complaints with the Justice Department and Federal Election Commission over the protection payments.

Paul S. Ryan, Common Cause's vice president for policy and litigation, described the exchange of money as "violations of campaign finance laws by agents of Donald Trump to bury embarrassing stories during the presidential race."

Shilling for Trump, both on its front pages and in the back room, hasn't helped the Enquirer or its parent company. The company faces financial peril, and like Trump has filed for bankruptcy protection before.

As America has learned, getting in bed with Trump is bad for business and worse for your reputation — even if you're a trashy supermarket tabloid.