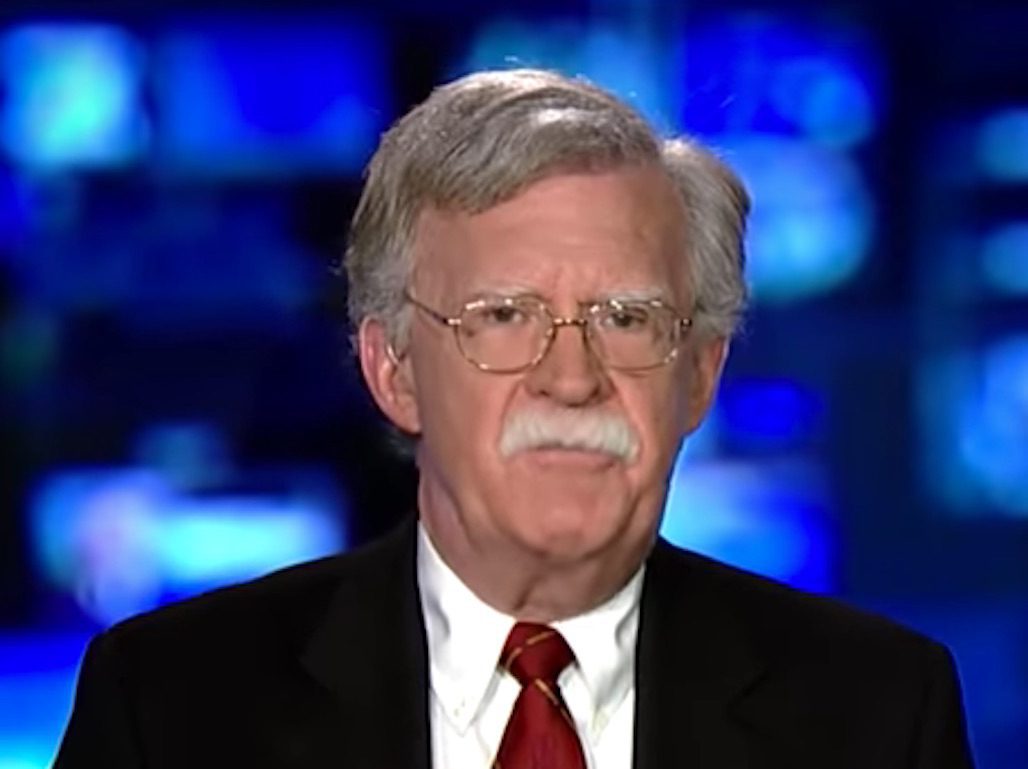 Trump's new national security adviser once suggested that Russian election interference could have been a false flag operation.

Trump is replacing National Security Adviser H.R. McMaster with John Bolton, a Fox News contributor who has advocated for war with North Korea.

The news of McMaster's ouster came, unsurprisingly, in the form of a tweet.

"I am pleased to announce that, effective 4/9/18, @AmbJohnBolton will be my new National Security Advisor," Trump tweeted Thursday evening. "I am very thankful for the service of General H.R. McMaster who has done an outstanding job & will always remain my friend. There will be an official contact handover on 4/9."

This comes on the heels of the firing of Secretary of State Rex Tillerson, which was also announced on Twitter. The revelation is just the latest indication that the White House is continuing its spiral into chaos, as a temperamental and impulsive president takes his rage out on those around him.

According to the New York Times, McMaster's style was too orderly for Trump, who "has little patience for the detail and nuance of complex national security issues."

"They had differed on policy, with General McMaster cautioning against ripping up the nuclear deal with Iran without a strategy for what would come next, and tangling with Mr. Trump over the strategy for American forces in Afghanistan," the Times added.

Trump also clashed with McMaster on issues related to Russia. In February, Trump publicly criticized the seasoned military professional for saying during a speech that the evidence of Russian interference in the 2016 election was indisputable.

"General McMaster forgot to say that the results of the 2016 election were not impacted or changed by the Russians and that the only Collusion was between Russia and Crooked H, the DNC and the Dems,” Trump wrote. “Remember the Dirty Dossier, Uranium, Speeches, Emails and the Podesta Company!"

McMaster, a graduate of West Point who went on to earn a doctorate in history from the University of North Carolina, was considered a moderating influence in the White House.

As the Times noted, "General McMaster’s position at the White House had been seen as precarious for months, and he had become the target of a concerted campaign by hard-line activists outside the administration who accused him of undermining the president’s agenda and pushed for his ouster, even creating a social media effort branded with a #FireMcMaster hashtag."

Bolton, who will replace McMaster as Trump's third national security adviser in just 14 months, is currently employed as a Fox News contributor.

In contrast to McMaster's stance on Russia, Bolton has suggested that Russian interference in the election might have been "a false flag operation."

In other areas, however, Bolton's stance is much more hawkish. He has, among other radical proposals, called for preemptive strikes on North Korea — a move that risks starting a nuclear war. He was also one of the strongest proponents of the Iraq war, and has called for scrapping the Iran nuclear deal.

Replacing a general with a Fox News commentator is exactly the type of chaos that has come to be expected from the White House that considers competency a fireable offense.