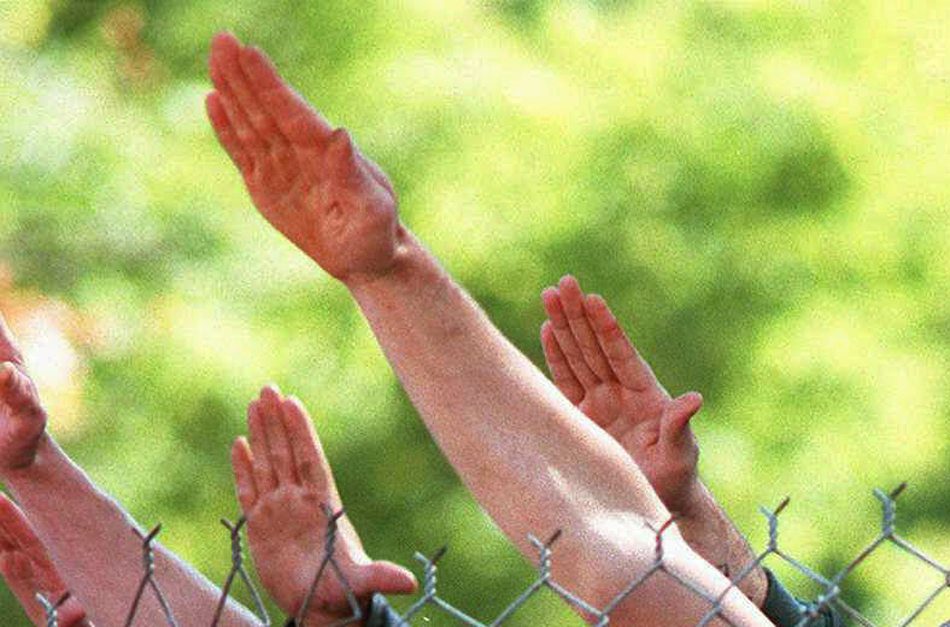 Authoritarian movements have long used style to ameliorate their repugnant beliefs and to appeal to and recruit new young members. The media focus on the sartorial choices of today's white supremacists plays right into this devious tactic and ignores its ugly history.

The New York Times referred to them as "young, suit-and-tie white supremacists." The Hollywood Reporter said one of their leaders was dressed like a "graduate student, in his t-shirt, open button down, and tatty blue blazer." Mother Jones Magazine called one of them “dapper.” And The Los Angeles Times wrote that these “buttoned down millennials, in their dark suits and ties" looked more like "Washington lobbyists" than "robed Ku Klux Klansmen or skinhead toughs."

And for an article about an emerging far-right movement in Austria, CNN chose to tweet this:

You should reconsider this framing @CNN pic.twitter.com/3weWBuyKfC

The video associated with the article notes that the man pictured in the above tweet, Martin Sellner, "is a veteran of the Identity Movement, posting frequent YouTube videos and wearing colorful t-shirts he designs himself." We see Sellner holding up his "colorful" tees, which are emblazoned with white supremacist phrases.

The article describes the "carefully cultivated image" of a "sunny veneer," and provides room for Sellner to insist that he and the Identity Movement are not racist nor anti-diversity:

"We see ourselves as patriots, not neo-Nazis," he says. "We don't hate immigrants. But we also don't want to see the country change and end up minorities in our countries. We wanted to express this opinion without anti-Semitism, without the racism of the old right."

But this claim of rejecting anti-Semitism is too clever by half, as it is Islam that draws much of the ire in far-right circles in Europe these days, given the refugee crisis originating in majority-Muslim countries such as Syria, Afghanistan, and Iraq. The CNN article notes that Muslims make up more than 12 percent of the population of Vienna and its suburbs, which Sellner labels as "Islamization" while declaring that the religion is incompatible with Austrian values.

And the Identity Movement's preferred candidate in their recent presidential election, Norbert Hofer — who lost the election to the left-leaning Alexander Van der Bellen — was not shy about his anti-Islam views:

Hofer has much in common with other far-right leaders across Europe, like Marine Le Pen in France and Geert Wilders in the Netherlands: Campaigning on a platform of “putting Austria first,” he is staunchly anti-refugee, has said he favors a referendum vote on European Union membership and claimed Islam “has no place in Austria.”

These movements are defined by racist, xenophobic, Islamophobic, and anti-Semitic beliefs, and media who choose to describe them in anodyne and even flattering language participate in the normalization of extremists and their dangerous views.

So, y'know, maybe don't assist white supremacist recruitment efforts by talking about what snazzy dressers they are. And read some history.

One of the methods by which authoritarian power asserts itself is through appearance — a clean-cut young gentleman in handsome attire is less likely to be a red flag, as humans often expect people who hold extreme views to look extreme.

The Nazis had a very specific style guide aimed at normalizing their appearance and reducing any sense of fear around members of the Nazi guard. Fashionable, well-designed clothing was specifically chosen to reassure the citizenry: The Nazis looked like the guy next door, not like a degenerate or a monster. Their outer appearance belied their inner depravity, which allowed the latter to metastasize that much more easily.

In pre-WWII Russia, replacing a largely agrarian image with that of the urbane, well-dressed, suave gentlemen was part and parcel of the assimilation into the communist regime. The arts in the 1930s, under a newly communist Russia and growing Nazi and fascist regimes in Germany and Italy, were used as a tool of the state to create a more sophisticated and fashionable base of supporters. Scholar Lynn Mally writes in Revolutionary Acts that it was through state support of arts and fashion that “the Soviet government projected the image of a culturally enlightened state.”

There is a demonstrable history of oppressive movements using fashion-forwardness as a means by which to insinuate themselves, and media replicate this history at our collective peril.

White supremacists must not be treated as subjects of a casual interest piece, described in the same way as an actor or an artist — sanitized via style.

Instead, journalists must refuse to participate in this normalization. And they should bear in mind what their nattily dressed subjects think of them: At a white nationalist conference in Washington, D.C., Richard Spencer, the president of the white nationalist think tank National Policy Institute, referred to the media as the "Lügenpresse," meaning "lying press," which the Nazis used to refer to the media.

We have been here before. And it is a place we do not want to revisit.

(Alison R. Parker and Melissa McEwan contributed to this article.)