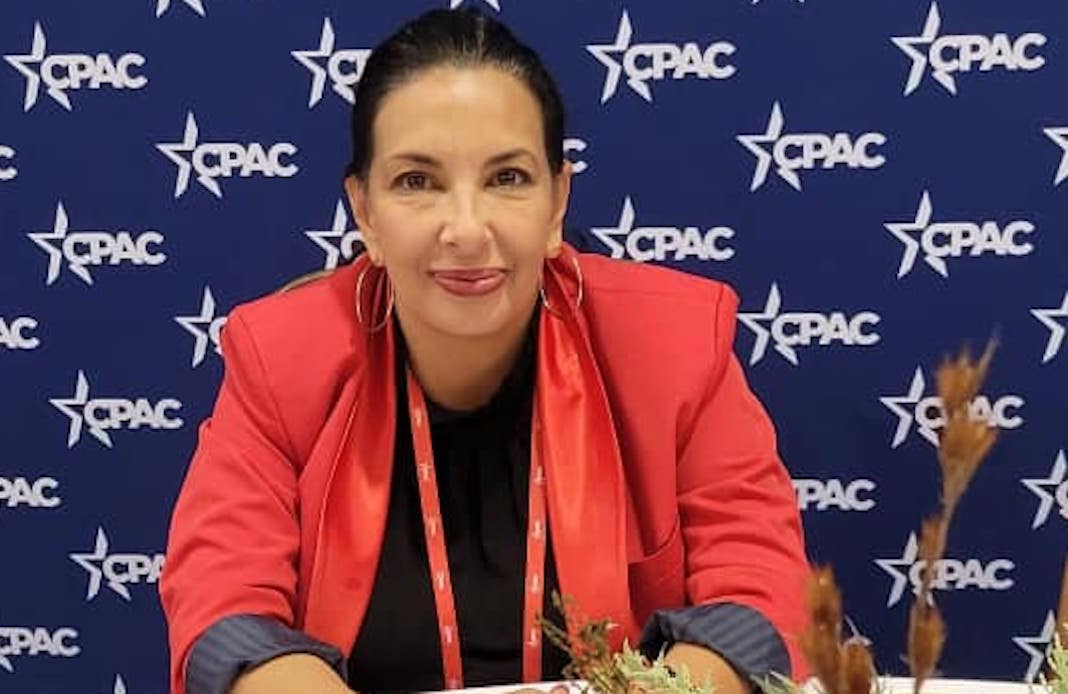 Sigal Chattah, the Republican nominee to be Nevada's top law enforcement officer, counts the director of sales at a weapons manufacturer who was charged in the late 1990s with the illegal importation and sale of arms and weapons among her donors, according to campaign finance records reviewed by the American Independent Foundation.

Chattah, a Las Vegas attorney who in June won the GOP nomination to run for attorney general against Democratic incumbent Aaron Ford, accepted $10,000 from Curtis Debord, who works for U.S. Ordnance, a defense contractor that manufactures "military small arms, machine guns and replacement parts" sold to buyers both in the United States and abroad.

As part of a sting operation carried out by U.S. Customs and Border Protection in the late 1990s, Debord and another man were charged in 1997 with conspiracy to illegally smuggle $5 million worth of weapons and weapons parts from Vietnam into the United States. They were later charged with selling firearms without a license and witness tampering.

In 2005, the indictment was dismissed on the grounds that the men's right to a speedy trial had been violated.

In an interview with the American Independent Foundation, Chattah noted that Debord was not convicted on any of the charges brought against him.

"Mr. Debord is a patriot and continues to supply weapons and defense systems to the United States military," Chattah said. "I will not be returning any campaign contributions from Mr. Debord, and on the contrary, as a company that provides for U.S. defense systems from the state of Nevada, I'm proud that our state has a business that can contribute to the defense of the United States."

Chattah, for her part, has made crime the focus of her campaign.

She's railed against criminal justice reform efforts and falsely accused Ford of responsibility for an increase crime in the state. According to the Nevada Independent, violent crime is actually down since Ford took office in 2018.

Chattah rose to prominence in Nevada after she began filing lawsuits against Democratic Gov. Steve Sisolak over COVID-19 mitigation efforts. She called them unconstitutional and something that carried out by a "totalitarian regime."

In a comment she later claimed was "tongue-in-cheek" and "just part of my vernacular" as an immigrant from the Middle East, Chattah said in a message to a friend later published by that friend that Ford, who is Black, "should be hanging from a fucking crane."

Roberson called Chattah "unhinged," while Tarkanian said Chattah is "an unprepared, dangerous candidate who lacks the experience, foresight, and temperament to be able to do right by Nevadans."

Ford has said he won't debate Chattah, as he does not want to be in the same room with her.

"I am not standing in the room with her," Ford said. "I will not endeavor to have a conversation with her and I will certainly not be debating her. I am not going to spend much more time on this, except to say where I'm from, threatening to lynch someone, especially a black person, is racist."

This story has been updated with a comment from Chattah.