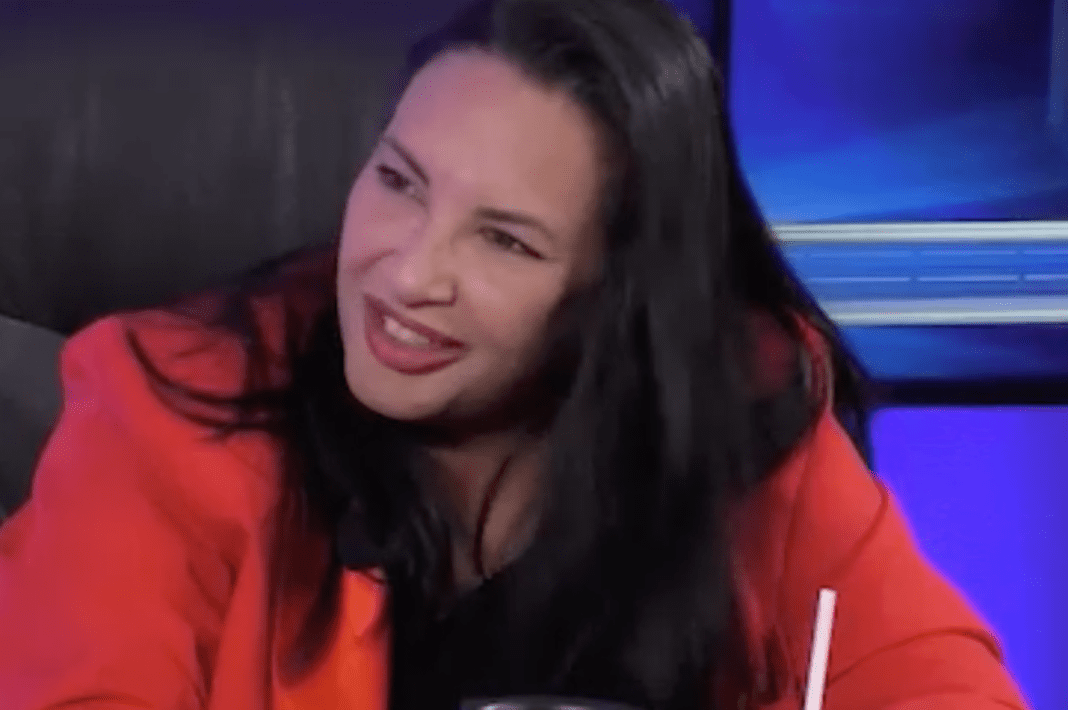 Sigal Chattah speaks during a Nevada Republican attorney general primary debate, May 5, 2022. Nevada Newsmakers
Get The American Independent in your inbox

Sigal Chattah has previously suggested there should be legal consequences for people who have abortions.

Sigal Chattah, the Republican nominee for attorney general of Nevada, promoted anti-abortion rhetoric equating abortion to murder on a right-wing podcast in July.

Chattah made the comments during an appearance on the right-wing Johnny Bru Show podcast. During a back-and-forth with host John Bruchhagen on the topic of abortion, Chattah said the law needs to be "consistent."

BRUCHHAGEN: So if you’re more than four and a half months pregnant and you get murdered, it’s a dual murder because you killed a viable fetus.

In another exchange, Chattah agreed that aborting a fetus would be murder.

BRUCHHAGEN: If a mother was to abort her seven-month old child, uh, fetus, then we would view that as murder.

Abortions at seven months' gestation — roughly 29 weeks, at the beginning of the third trimester of pregnancy — are exceedingly rare.

According to KFF's "Women's Health Policy" webpages, 1% of abortions in the United States are performed after 21 weeks' gestation, and those are done often because the fetus has been diagnosed with a fatal abnormality that would result in it dying either before or soon after birth.

"These are tragic situations, and there's a tremendous sense of pain and loss and anguish for the woman and their family to end the pregnancy. So this is not something they want to do," Dr. Warren Hern, who runs an abortion clinic in Colorado that performs third-trimester abortions, told NPR in April 2019. "They want to have a baby; they don't want to have an abortion."

Bruchhagen and Chattah agreed that whereas having a medical procedure such as a vaccination should be left up to individuals to decide, the decision on having an abortion should not.

BRUCHHAGEN: You know, unfortunately, I have a problem with that. Because I just don't feel like a woman who's pregnant, that's, that's another DNA. That's another blood type. It's another, it's not her body.

BRUCHHAGEN: So her body is a vessel —

BRUCHHAGEN: — for someone else's body, whereas a vaccine, I'm an adult.

BRUCHHAGEN: I'm a 46-year-old man. If I want to put something in my body, whether it's marijuana or a vaccine or a beer or a vitamin —

BRUCHHAGEN: — I should have the right to decide if I’m going to do that 'cause it is my body, my choice.

Chattah has made similar comments about abortion rights in the past.

"As somebody that is pro-life, I would definitely take the position that life begins at the time of fetal heartbeat, and really, the way I look at it is the same way that we do sentencing enhancements on unborn children, and victims of unborn children. I would marry it to that. I have a problem with that inconsistency," Chattah said during a May Republican attorney general primary debate.

Chattah tweeted in September 2021, "If abortion is healthcare – murder must be population control."

She has since walked back her comments.

In a May blog post published after the primary debate, Chattah wrote that it is "simply not true" that she wants to imprison people who have abortions:

And that question has already been answered by Nevadans themselves, who passed a ballot question in 1990 enshrining abortion rights in state law that can only be changed, constitutionally, by the people themselves, not the Legislature.

That was over 30 years ago. Technology has changed. Public opinion has changed. And if Nevadans want to change the law with a "heartbeat" ballot question similar to what Texas has passed, I'm all for it.

In July, Chattah tweeted, "I never alluded to incarceration of women getting abortions. That's pathetic and disgusting that a fundamental lack of understanding of the law allowed for such a gross misrepresentation of what I said."

Abortion is seen as a major issue in the 2022 midterm elections after the U.S. Supreme Court in June overturned its landmark Roe v. Wade ruling that affirmed the right to abortion in the United States.

With Roe overturned, states are now free to ban the procedure. A number of GOP-controlled states have already passed abortion bans, and some states had so-called trigger laws on the books that were set to go into effect once Roe was overturned but are currently stalled due to legal challenges.

Abortion is currently legal in Nevada.

Chattah is facing Democratic incumbent Nevada Attorney General Aaron Ford in the general election in November. There's been little public polling of the race; however, Ford won the seat in 2018 by just 0.4% in a favorable year for Democrats on the ballot.

"Let me be crystal clear to any Nevadan who is listening to this message: If you need reproductive health services, make that appointment with your doctor," Ford said in a speech after the Supreme Court overturned Roe. "We will protect your right to make decisions with your doctor about what is best for your health, your family and your future."

Responding to Chattah's comments on abortion and the law, Ford tweeted in July: "These are the facts: As Nevada's Attorney General, I will ALWAYS support a woman's right to an abortion b/c I support women's fundamental freedom to make decisions about their own bodies. The Republican running for AG wants to prosecute and imprison women who seek an abortion." He added: "This isn't just morally wrong, it's a dangerous affront to the belief that reproductive rights are human rights and that abortion is health care. She can't become Attorney General of Nevada."