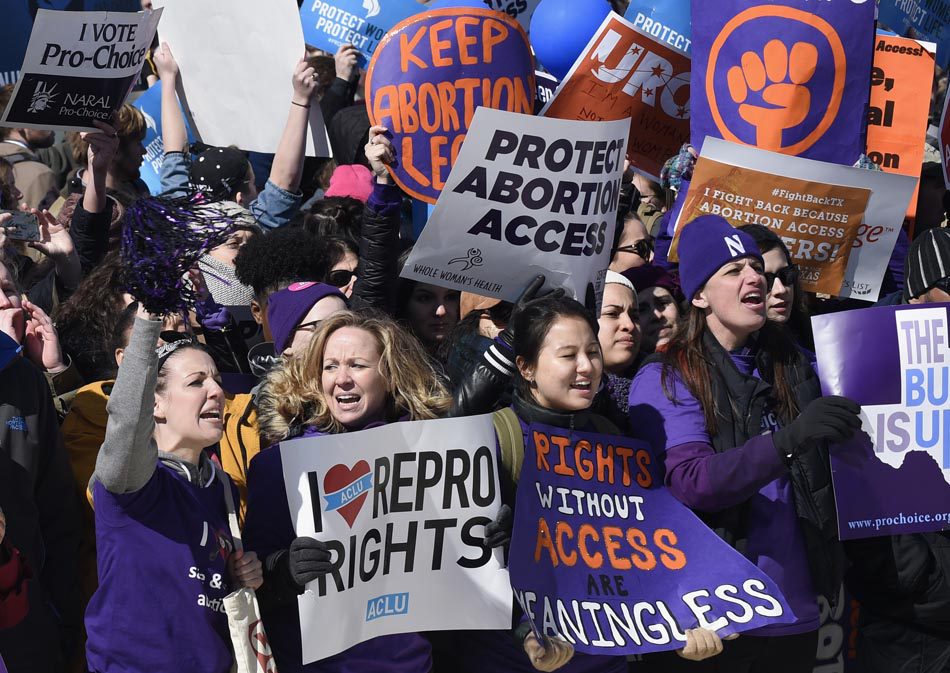 With a Supreme Court vacancy held open by Senate Republicans, and an incoming administration hostile to legal abortion, anti-choice state legislators are looking at the possibility of a legal landscape where proposed laws violating bodily autonomy and reproductive freedom may be upheld.

Looking ahead to Donald Trump's presidency, and the looming potential of a Trump-appointed conservative justice on the Supreme Court, legislators in a number of state governments are feeling empowered to put forth ignorant and harmful anti-choice laws.

Just months after the Supreme Court struck down key parts of a Texas anti-abortion law, lawmakers in that state are trying again with a law mandating that fetal remains be buried or cremated, irrespective of the duration of gestation.

The law would apply equally to miscarried or aborted fetuses (“spontaneous or induced human abortions”), though Carrie Williams, a spokeswoman for the Texas Department of Health and Human Services, told the New York Times that in response to concerns raised at two public comment hearings, there was language added "to make clear that these rules don’t apply to miscarriages or abortions that occur at home."

For those that do not occur at home, the burden to dispose of aborted fetal tissue would fall upon abortion providers, and must be handled in the same manner as a deceased person's remains. Heather Busby, executive director of NARAL Pro-Choice Texas, said: "This rule is a thinly-veiled attempt to shame Texans who have abortions and make it harder for the doctors who provide them."

Meanwhile, in Indiana — already one of the worst states on reproductive rights — one lawmaker wants to "deregulate abortion right out of existence" by putting forth "Protection at Conception" legislation which would prohibit abortion in that state in all circumstances. It would also allow for the criminal prosecution of both doctors who provide abortions, and people who seek to obtain them.

And in Utah, lawmakers are pushing new regulations requiring doctors to explain to patients that medication abortions are reversible — an idea that doctors in Arizona, in response to similar efforts there in 2015, called "tantamount to quackery." Unfazed by that past criticism, Arizona’s attorney general is demanding access to patient records of people who have had abortions.

All of these moves are part of an emboldened push by conservative state governments, in light of an incoming administration friendly to the anti-choice cause, starting with a president-elect who once suggested that women should be punished for having an abortion, and a nominee for Secretary of Health and Human Services who wants to force women to pay for birth control out of pocket and has a 0% rating from Planned Parenthood.

Anti-choice politicians will now have broad freedom to chip away at reproductive rights with draconian measures at the state level, safe in the knowledge that, should any of their efforts end up before the Supreme Court, they are likely to receive a far friendlier hearing than the Texas law did earlier this year.

Reproductive rights advocates will thus be obliged to fight battles on multiple fronts in the coming presidential term.