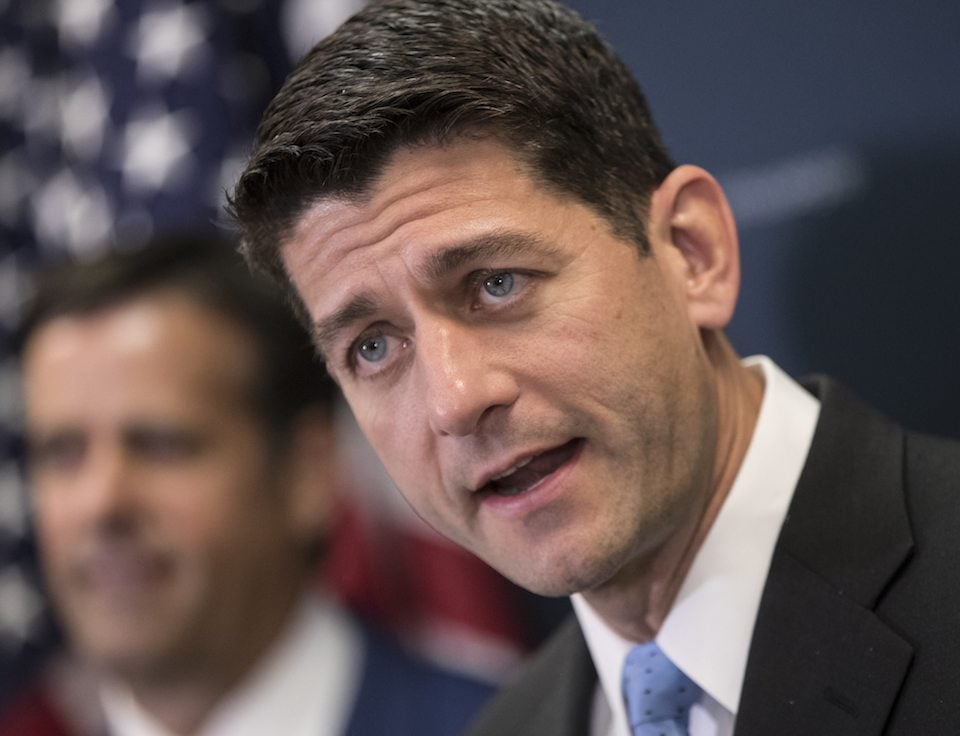 Coming off their failed attempt to slash Medicaid, Republicans set their sights on Medicare in hopes of passing big tax cuts.

One day after the Republican Party’s ill-fated effort to repeal and replace Obamacare collapsed in the Senate, an initiative that would have gutted spending for Medicaid support, Republicans in the House unveiled a new budget outline that would drastically reduce Medicare spending if passed into law.

The House outline is just the latest in the GOP’s relentless attempt to undermine the country’s social safety net by going after programs like Medicare, food stamps, and Social Security. The new House proposal would limit disability insurance programs.

As always, the party’s ultimate goal is to use the budget cuts to pass tax cuts for the most wealthy.

For the fiscal year of 2018, the House budget outlines $203 billion in spending reductions to safety net programs. Over 10 years, the plan would mean an almost $500 billion cut for Medicare, according to the Associated Press. The budget aims to turn Medicare into a voucher-like program.

The House blueprint faces many political hurdles, in part because the math doesn’t really add up. The Associated Press uses unusually blunt language to describe the budget proposal: “The plan, in theory at least, promises to balance the budget through unprecedented and unworkable cuts across the budget.”

The GOP’s desire to target Medicare just after its doomed attempt to reduce Medicaid via the repeal of Obamacare is telling.

In the end, the Republicans’ failed repeal came down to a debate about Medicaid and whether the party was willing to drastically reduce federal health care spending that had been expanded to help states pay for tens of millions of Americans to get access to health care coverage, including some red states governed by Republicans.

As the New York Times noted, in accessing the GOP’s dramatic health care bill failure in the Senate [emphasis added]:

In red states where Mr. Obama and Democrats remain highly unpopular, the law’s reach into American lives could not be denied. This was true for communities ravaged by the opioid crisis, which health care money helped treat; for rural states where hospitals had become all but dependent on increased Medicaid payments that covered the bulk of their patients; and for poor constituents with chronic medical conditions who had come to take it as an article of faith that their insurance companies could not deny them coverage for pre-existing conditions.

According to Pew Research polling this year, an increasing number of Americans think the federal government has a duty to help ensure health care coverage, including through entitlement programs such as Medicaid and Medicare. Sixty percent believe that to be the case today, compared to 51 percent a decade ago.

And that means Republicans are once again setting themselves up to be on the very unpopular side of a bill Americans do not want.