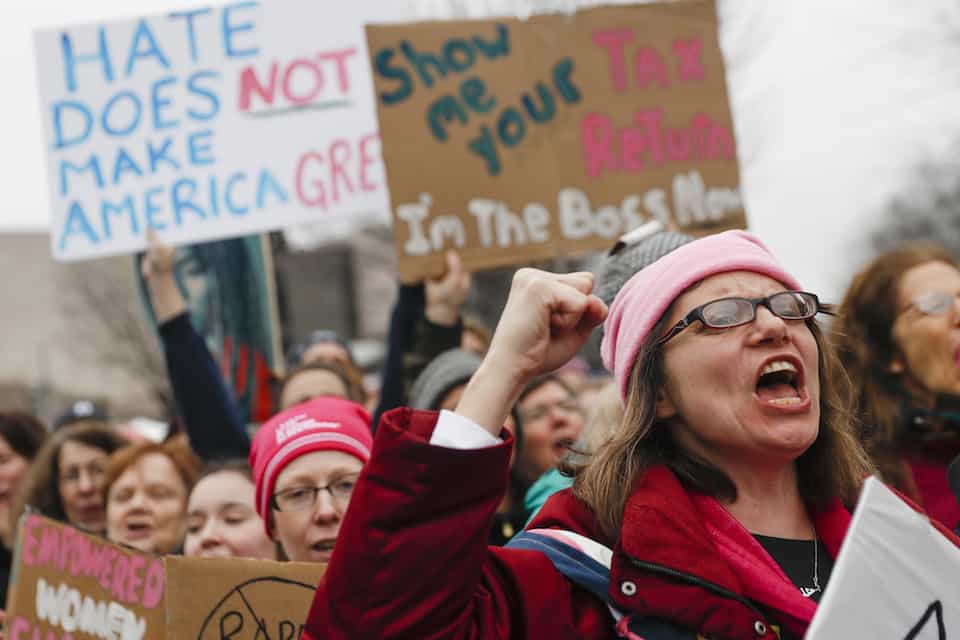 Donald Trump's victory on election night — despite losing the popular vote to Hillary Clinton by nearly 3 million votes — unleashed a powerful and fierce momentum to oppose him and his administration. And the numbers show women are leading the way.

The resistance to Donald Trump's presidency started almost immediately, with historically large women's marches taking place across the country the day after his inauguration. But the marches in January were only the beginning.

Huffington Post reports on a new poll with some striking results about Democratic women's enthusiasm and involvement in the resistance:

Although their overall levels of activism were similar, female liberal Democrats were 7 percentage points likelier than their male counterparts to report protesting, marching or demonstrating in the last two months, according to SurveyMonkey, and 6 points likelier to say they’d written to their members of Congress.

When it comes to the critical work of contacting congressional representatives to demand opposition to Trump's dangerous appointments and disastrous agenda, the numbers are overwhelming:

The activists flooding congressional offices with those calls are overwhelmingly female, according to a survey conducted by Democratic pollsters Lake Research Partners and shared with HuffPost. Of the more than 28,000 of the group’s members who responded to a poll sent out by text message, 86 percent were women and more than 60 percent were 46 or older.

Women have been the public face and voice of the resistance, from the women and women-focused groups who organized the marches to the constant vocal opposition from prominent Democrats, like California Rep. Maxine Waters — arguably Trump's fiercest critic.

The latest polling shows, though, that women are not just waving signs and making speeches. They are also doing the unglamorous but necessary hard work of making sure our members of Congress know what voters expect of them: full and unwavering resistance to Trump and the Republican agenda.